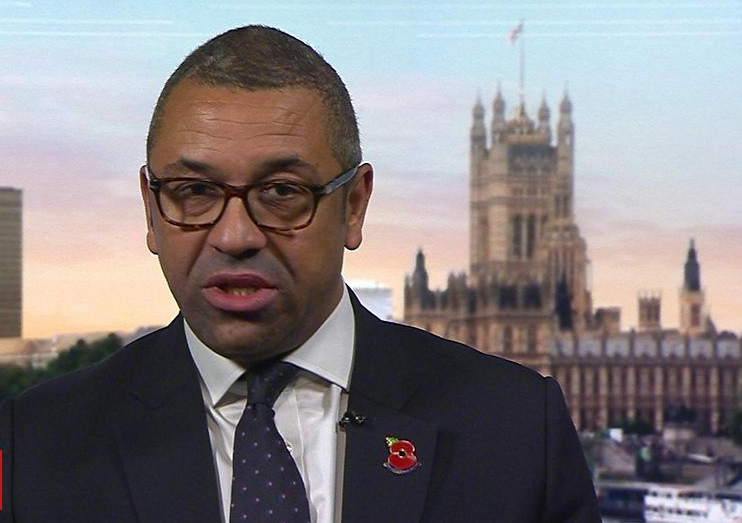 In a divergence of opinion from the United States, the United Kingdom would not support a potential Israeli annexation of parts of the occupied West Bank, junior Foreign Office minister James Cleverly said on Monday.

Subsuming Palestinian land into Israel would make a two-state solution more difficult to achieve, he said.

US Secretary of State Mike Pompeo has said it is up to Israel whether to annex parts of the West Bank, under Israeli military occupation since 1967.

Pompeo is expected to visit Israel this week to meet Prime Minister Benjamin Netanyahu and his new coalition partner Benny Gantz, in a trip that is expected to focus on Israeli plans to formally absorb parts of the occupied Palestinian territory - reportedly areas of the fertile Jordan Valley and other key strategic sites - into the state of Israel.

But Cleverly, the UK's minister of state for the Middle East and North Africa, told Parliament: "Our long-standing position is that we do not support the annexation of parts of the West Bank, and...doing so could make a sustainable two-state solution harder."

A spokesperson for the UK's Foreign and Commonwealth Office told AlJazeera that the minister was simply restating the government's long-standing policy on the West Bank.

"The United Kingdom is concerned by reports of possible moves toward annexation of parts of the West Bank by Israel," Foreign Secretary Dominic Raab said in January.

"Any such unilateral moves would be damaging to renewed efforts to restart peace negotiations, and contrary to international law. Any changes to the status quo cannot be taken forward without an agreement negotiated by the parties themselves."

Alone among most governments, the administration of US President Donald Trump has said it would support the annexation of occupied West Bank territory claimed by the Palestinians for an eventual state as long as Israel agrees to enter peace talks with the Palestinians.

Pompeo is expected to be in Israel for a few hours on Wednesday.