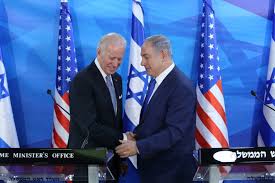 Israel's Ambassador to the US, Ron Dermer, is lobbying Republican lawmakers and White House officials, arguing that Israel should act swiftly with the annexation of occupied Palestinian territory in the West Bank, Israel Channel 13 reported on Monday.

According to the report, Dermer said during his meetings in Washington: "We need to move ahead with annexation now because we don't know what could be the outcome of the Presidential elections in November.”

“Joe Biden might win,” he said. “There is a narrow window, and we should act now,” Channel 13 reported.

State Department Spokeswoman Morgan Ortagus said in a briefing with Israeli journalists on Friday that if Israel were to apply its laws to West Bank settlements, it should be part of a team of Israelis and Palestinians working together towards fulfilling US President Donald Trump’s peace plan.

Israeli Prime Minister Benjamin Netanyahu announced his intention to bring annexation of West Bank settlements to a vote as soon as possible, in his remarks during the first cabinet meeting of the new government on Sunday. "I have not hidden my intention to bring it to the cabinet as soon as possible," Netanyahu said, in statements that have sparked widespread anger and condemnation.