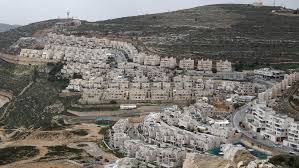 France is working with other European nations to dissuade Israel from a partial annexation of occupied Palestinian territories in the West Bank, reported France 24.

Israeli Prime Minister Benjamin Netanyahu has said cabinet discussions will start in July over extending Israeli sovereignty to Jewish settlements and the Jordan Valley in the West Bank, as was mooted under US President Donald Trump's Middle East peace plan.

Le Drian said France was working with European partners to come up with a joint action plan for prevention and reprisal should Israel make such a move.

"For the past few days we have held several video conferences with European colleagues (...) with a view to deciding on a joint preventive action and eventually a reprisal if such a decision were taken," he said.

A few days earlier, the UN’s Middle East envoy warned that an Israeli move to annex parts of the West Bank would "close the door” to negotiations.

"The continuing threat of annexation by Israel of parts of the West Bank would constitute a most serious violation of international law, deal a devastating blow to the two-state solution, [and] close the door to a renewal of negotiations," Nickolay Mladenov told the UN Security Council.

Mladenov urged the 15-member council to back a push by UN chief Antonio Guterres against unilateral steps that would hinder diplomatic efforts to renew negotiations between the Israelis and the Palestinians.