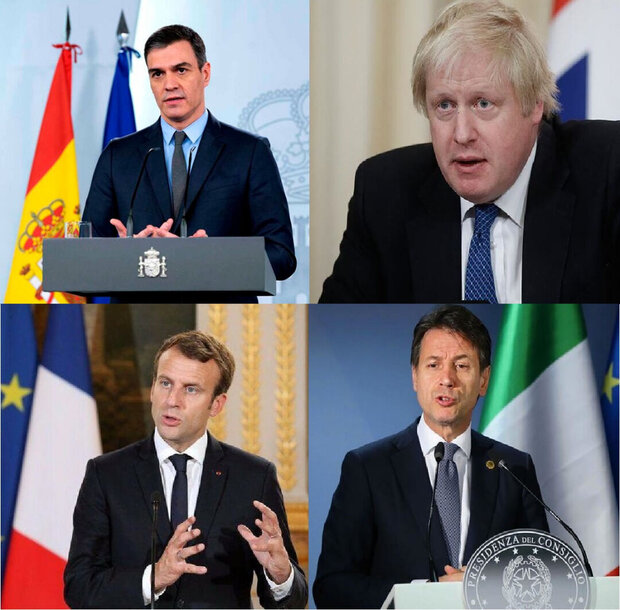 The French president Emmanuel Macron called on Netanyahu to refrain from taking any unilateral action regarding the annexation of the West Bank to the occupied territories, as such a move would destabilize West Asia.

He further noted that only dialogue and negotiations with the Palestinians and a just and balanced solution could bring security and peace for Israelis.

In a similar message, the British Prime Minister Boris Johnson warned Netanyahu not to implement the plan.

Spanish Prime Minister Pedro Sanchez also sent a personal message to Netanyahu and Benny Gantz emphasizing the need to respect international law and strive for a bilateral solution based on UN resolutions.

French Foreign Minister Jean-Yves Le Drian also officially called on the Zionist regime on Tuesday to avoid annexing parts of the West Bank, stressing that such a move will not go unanswered.

Israeli regime's Prime Minister Benjamin Netanyahu and the chairman of the Blue and White Coalition Benny Gantz recently agreed to form a coalition cabinet regarding the annexation of the Jordanian Valley and the Zionist settlements in the West Bank in early July.

The Zionist regime is expected to annex more than 30 percent of the West Bank to its occupied territories.

Tel Aviv's decision has drawn strong opposition from Palestinian groups and regional organizations, including the Arab League, the European Union, and the United Nations.