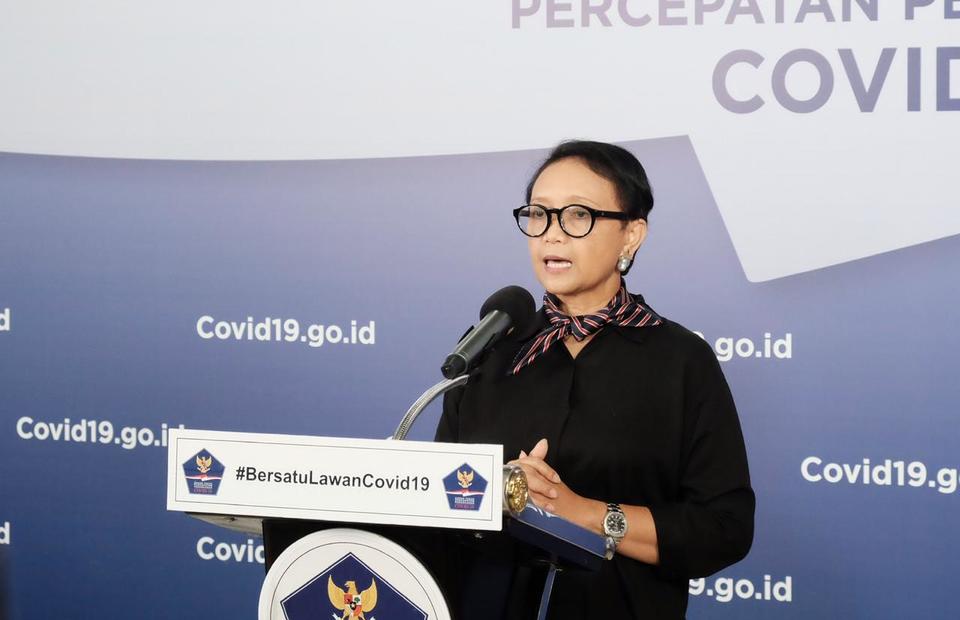 "Indonesia is one of the strongest supporters of Palestine. We are very concerned about Israel's West Bank plan," Retno said on Thursday.

Israel Prime Minister Benjamin Netanyahu threatened on Monday to annex the occupied West Bank in July, despite growing condemnations by the global community and even Israel’s own allies.

Around half a million Jews have settled in the West Bank since 1967, but the area has never been officially recognized as Israeli territory since the international community deems the settlement a violation of international law.

Over two million Palestinians also still live in the territory.

Annexing the West Bank will cancel the popular two-state solution and would lead to the destruction of the Al-Aqsa Mosque, a holy site to Muslim Palestinians.

The move – which Netanyahu has called a "historic opportunity" – was planned as Israel's biggest ally, the United States, continued to show signs of supporting Israel's expansion.

US President Donald Trump's rerun for the 2020 presidency has also widened the chance for Israel to go ahead with the plan.

Retno said she picked up a call from US Secretary of State Mike Pompeo on Wednesday during which she asked the US to help stop Israel's plan.

"I told [Secretary Pompeo] that Indonesia's position remains unchanged on the Palestine issue. Our hope is for the US leadership to stop Israel's plan to annex more parts of the West Bank," Retno said.

Retno also brought up the issue during a UN Security Council teleconference on Wednesday, arguing that international law compliance is needed to stop the plan.

"Compliance to international humanitarian law is desperately needed now as [Israeli] annexation and Covid-19 might soon strike the Palestinians all at once," Retno said.

"The world and the council have to restore Palestinian rights to its territory according to the 1967 borders. We must not let further annexation to happen," she said.

Retno has also written to other foreign ministers, UN Secretary General Antonio Guterres, Palestinian Prime Minister Mohammad Shtayyeh, the European Union, countries of the non-aligned movement and the Organization of Islamic Cooperation to remind them to maintain peace in Palestine and support the two-state solution.

"Annexation will not only threaten peace and stability in the region but also undermine all efforts to reach a lasting political solution on the Palestinian issue, which is the two-state solution," Retno said.

The Arab League has deemed the annexation a "war crime." Saudi Arabia has also rejected the plan despite its closeted relations with Israel.

The EU's foreign policy chief, Josep Borrell, said annexing the West Bank would be a violation of international law and pledged to stop it using "all our diplomatic capacities."