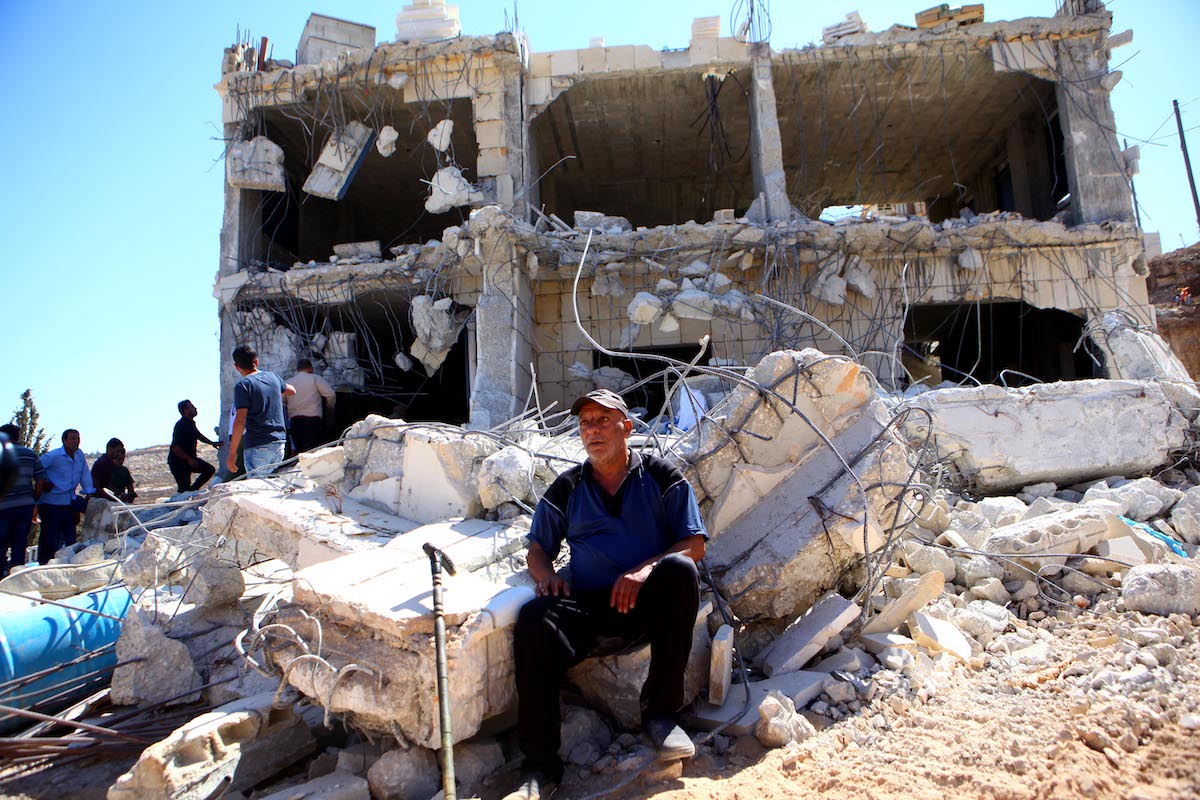 Owner of the targeted structures Mohammad Za’atra told WAFA News Agency that two Israeli municipality bulldozers demolished the 250-square-meter structures he started to build two months ago under the pretext they were built without a permit.

He said that he was not previously informed of a court order allowing the demolition of his buildings but that a police officer handed him the court ruling only this morning just before proceeding with the demolition.

Za’atra said he planned to use three of the structures as shops and one as an apartment for his family.

Meanwhile, the West Jerusalem municipality demolished a house in Silwan neighborhood under the pretext of unlicensed construction, according to local sources, who said that the demolition left Ahmad Abu Diab and his family, including five children, homeless.

Palestinians in occupied Jerusalem say they are forced to build without permit because the Israeli municipality rarely issues permits to the city’s Palestinian citizens as a way to reduce their number and change the city’s demographic character.