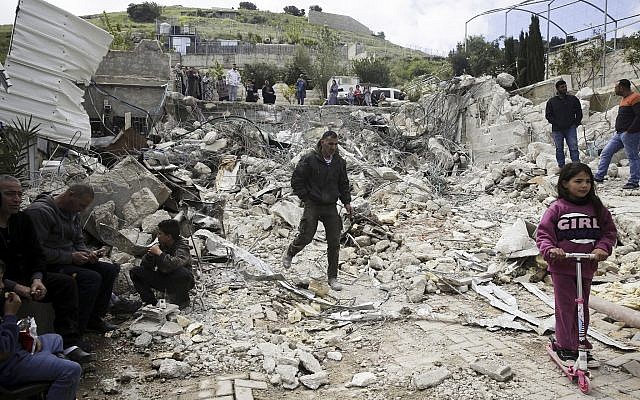 Palestine on Tuesday urged the International Criminal Court (ICC) to open an official investigation into Israel's demolition of homes of Palestinians in East Jerusalem, reported XinhuaNet.

Palestinian Foreign Ministry said that Israeli authorities are demolishing homes and private constructions in East Jerusalem as part of its plan to expand its own settlements in the city.

"Israel is fighting the existence of the Palestinians in Jerusalem in order to consolidate the presence of Jewish settlers and change the characters of the holy city by force," said the ministry in a statement.

"Demolitions may be considered as war crimes under international law and the Geneva Convention, as well as being a flagrant violation of UN resolutions that state that East Jerusalem is an inseparable part of the Palestinian territories occupied in 1967," added the statement.

According to Israeli and Palestinian sources, Israel demolished six commercial shops under construction and a house belonging to a family of seven members in East Jerusalem, citing a lack of licensing that is extremely difficult to obtain for Palestinians.

Israeli authorities ordered the demolition of 27 residential and non-residential structures in East Jerusalem during the first quarter of 2020, according to UN figures.