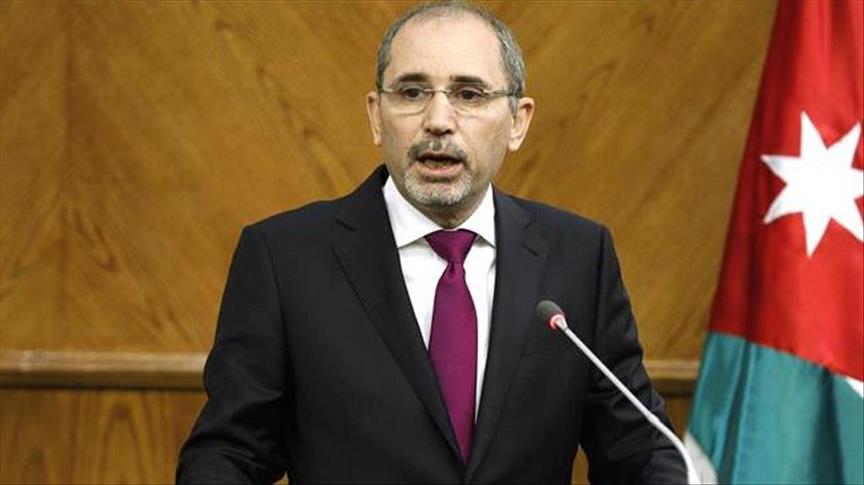 Jordan’s foreign minister warned Tuesday of serious consequences in terms of his country’s relations with Tel Aviv and for peace in the region if Israel annexes parts of the West Bank and Jordan Valley, reported Anadolu news agency.

According to a statement from Jordan’s Foreign Ministry, Ayman Safadi took part in a ministerial meeting of the Ad Hoc Liaison Committee for aid to Palestinians via videoconference. Safadi said preventing Israel's annexation of the West Bank means protecting peace.

“Our message must be clear. Israel’s annexation decision will not be unanswered. If the annexation decision is applied, a violent conflict will start and the two-state solution option will be impossible. Comprehensive peace opportunities will be destroyed,” he said.

Israel is expected to carry out the annexation on July 1 as agreed between Prime Minister Benjamin Netanyahu and Benny Gantz, the head of the Blue and White party.

The plan comes as part of US President Donald Trump’s so-called “Deal of the Century” that was announced on Jan. 28. It refers to Jerusalem as “Israel’s undivided capital” and recognizes Israeli sovereignty over large parts of the West Bank.

The plan calls for the establishment of a Palestinian state in the form of an archipelago connected by bridges and tunnels.

Palestinian officials say that under the US plan, Israel will annex 30%-40% of the West Bank, including all of East Jerusalem.