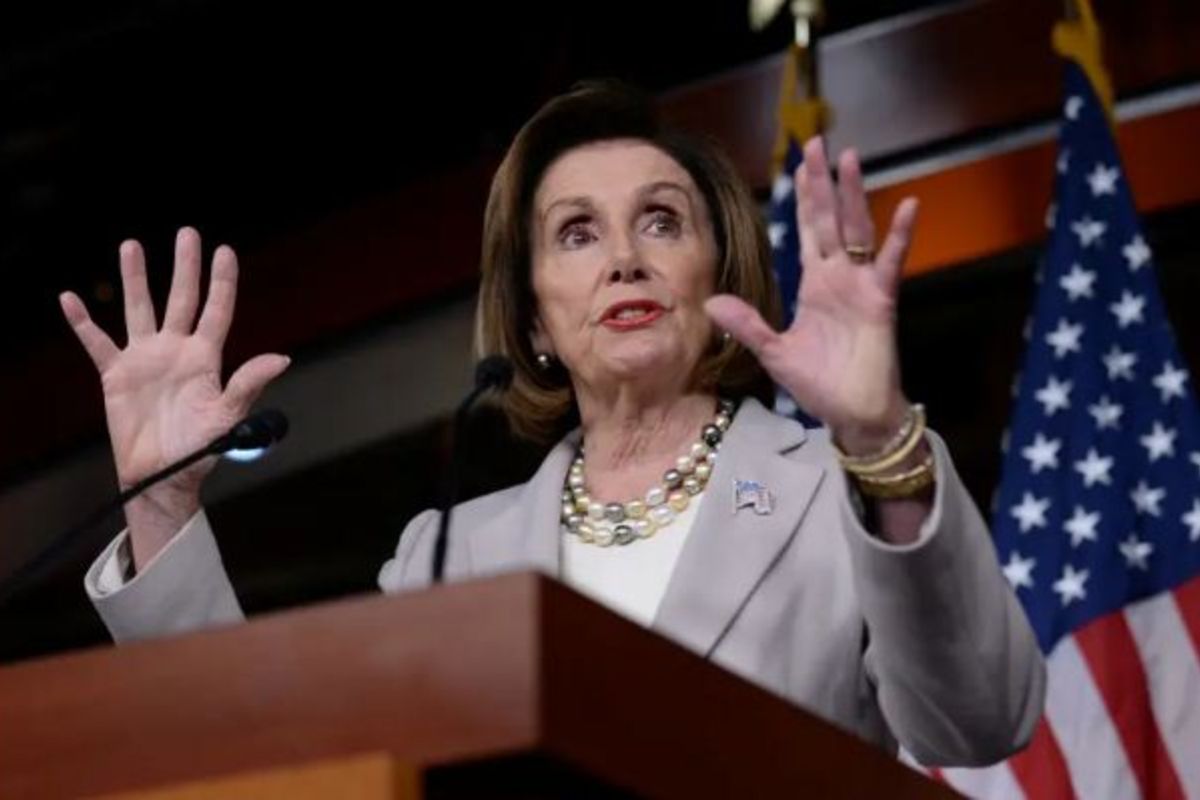 Democrat Speaker of the House of Representative Nancy Pelosi has waded into the debate concerning Israel’s planned annexation of the West Bank with a strongly worded warning to the Zionist state that it is undermining two of the fundamental pillars in Washington’s longstanding support for Tel Aviv: US national security interest and bipartisan support, reported Middle East Monitor.

Both are being jeopardized, said Pelosi in a webinar hosted by the Jewish Democratic Council of America (JDCA). Speaking to the pro-Israeli socially liberal American Jewish group, Pelosi, who represents California’s 12th congressional district, said: “Unilateral annexation puts the future at risk and undermines US national security interests.”

After repeating the threat that Israel’s planned annexation, which is illegal under international law “undermines [our] national security interests”, Pelosi added “and decades of bipartisan policy.”

Pelosi also dismissed US President Donald Trump’s “peace plan” saying it has “nothing in common with the word peace or plan.” The deal, which critics say concedes to every single Israeli demand at the expense of long-established Palestinian rights, has become a major sticking point.

While condemnation of Israel’s plan to takeover more Palestinian territory has been met with universal condemnation, none have warned Israel in such a stark manner. America’s unflinching support for Israel, which appears inexplicable to critics at times, is said to be the result of vital security interest between the two countries.

The Presumptive 2020 Democratic presidential nominee, Joe Biden, echoed this in a speech in Congress where he said: “If there were not an Israel, we would have to invent one to make sure our interests were preserved.”

Pelosi’s warning that further annexation will undermine bipartisan support is also likely to concern many in the pro-Israel camp that view support from the two main parties in the US as being vital to Israel’s interest. Democrats in particular have shown that they are willing to distance themselves from Israel and break up the consensus maintained for decades in Capitol Hill.