Occupation of Palestine Commemorated with Car Parade in London 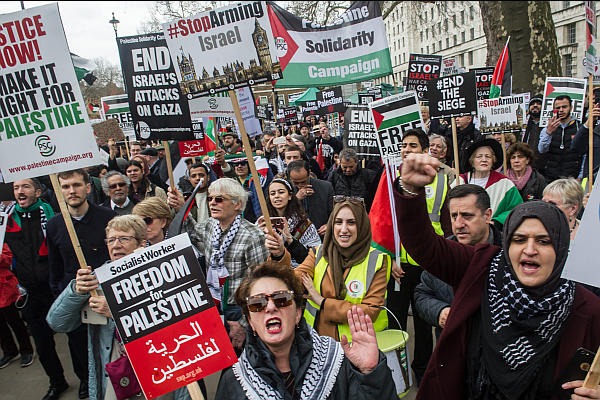 Pro-Palestine activists alongside British Palestinians commemorated the 1967 occupation of Palestine, known as the Naksa, with a parade of cars decorated with Palestinian flags travelling through the streets of London, organized by the Palestinian Forum in Britain (PFB).

PFB’s President Hafiz Al-Karmi affirmed the forum’s keenness to commemorate the anniversary, despite the social restrictions due to the COVID-19 outbreak, leading him to the idea of ​​a car parade.

The media spokesman for the forum, Adnan Hmidan, stressed the significance of the occasion this year, which coincides with the complicity of the occupation and the US in unethical decisions to annex the West Bank and occupied East Jerusalem. In light of recent events, protestors also called for racial equality and everyone’s right to justice, regardless of race or religion.

Dozens of cars travelled the streets of London and attracted attention with the waving of Palestinian flags. The children and youth were very enthusiastic and interactive, chanting Palestinian national songs and promoting their identity and the right of return.