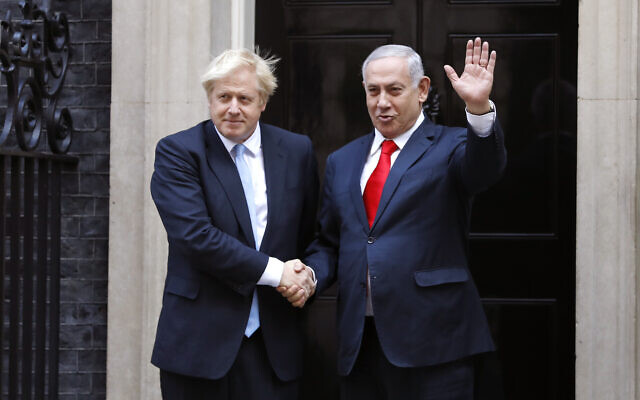 British Prime Minister Boris Johnson has stressed in the House of Commons that his government strongly objects to Israel’s annexation of the occupied West Bank, reported the Middle East Monitor.

“I believe that what is proposed by Israel would amount to a breach of international law and we strongly object to it, and we believe profoundly in a two-state solution and will continue to make that case,” Johnson explained.

“We have strongly objected. We believe profoundly in a two-state solution and we will continue to make that case,” he added.

The PM was then pressed about possible sanctions if the proposed annexation goes ahead, to which he provided no response.

UK Labour leader Keir Starmer told reporters last week he didn’t “agree with annexation”, saying that it could be detrimental to security in the region.

Speaking to Jewish News, he said: “I don’t agree with annexation and I don’t think it’s good for security in the region, and I think it’s very important that we say that.”

“Whether sanctions follow is another matter but at the moment let’s resolve this in the proper way. But this is not good for security in the region. That should be a paramount consideration.”

Palestinian estimates indicate that the Israeli annexation plan will cover more than 30 per cent of the West Bank.