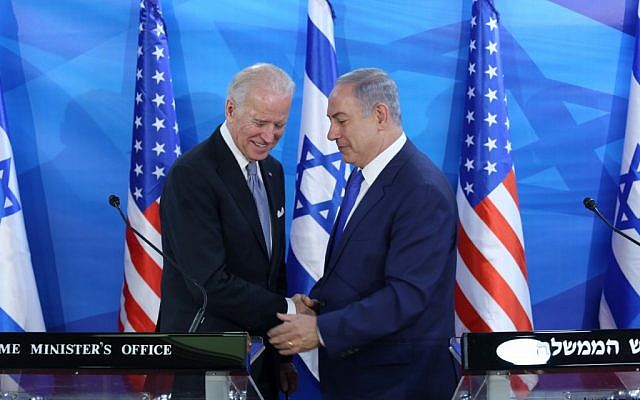 An adviser to US Democratic presidential candidate Joe Biden has warned that Israel’s planned annexation of large swathes of the West Bank would be “a huge mistake” for Israel.

Foreign policy aid Nicholas Burns made the remarks in an interview with The Arena, saying that annexation “is the one issue which could most harm the US-Israel relationship”.

Burns’ comments are the latest in a series of warnings from Biden’s camp against the controversial move.

There is a majority view among those who served in the last several Republican and Democratic administrations that annexation, if the Israeli government chooses to move forward with it, would be not just unwise, but a huge mistake,” Burns said.

“It would greatly harm Israel, internationally and among its strongest supporters,” he added, saying that it would “fundamentally undermine” the two-state solution.

Although Biden has previously clashed with the Israeli premier over the Iran nuclear deal and settlement construction he has also boasted of being a “personal friend” of Netanyahu.

The prospect of a Biden victory in November has sparked fears among Israel’s right, which hopes to move ahead with annexation before the 2020 election takes place.

Both US parties have generally favored Israel, however, the Jewish state has enjoyed a significant increase in support from the White House under President Donald Trump.

Trump, who Netanyahu has called the “best friend Israel has ever had in the White House”, backed the annexation of most Israeli settlements and the strategic Jordan Valley in a plan released earlier this year.

The so-called “Deal of the Century” was produced without any consultation with Palestinian negotiators and its provisions for annexation have been met with widespread condemnation from the international community.

A pact between Netanyahu and former rival Benny Gantz to form a unity administration allows for the Israeli government to begin annexing the occupied Palestinian territories on July 1.

Most of the international community opposes such a move.