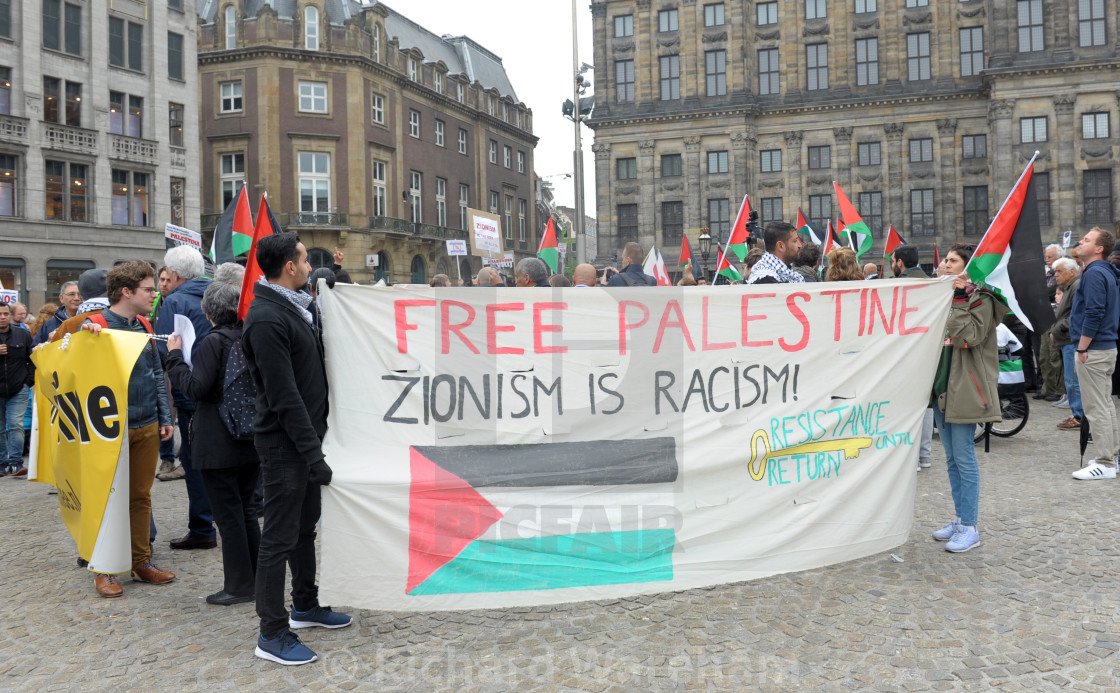 19th May 2018 On the Dam in Amsterdam protesters gather for a march through the city to the American embassy on Museumplein to demonstrate against the situation in the occupied Palestinian territories. Photo via: Picfair

Palestinian activists and refugees have joined a vigil held in Amsterdam to protest Israel’s plan to annex larger swaths of occupied Palestinian territory in the West Bank.

The demonstrators yelled slogans and lifted banners condemning the “unilateral move” and calling on the international community to take a firm stance in response.