Israeli Demolition of Palestinian Structures in West Bank Soars by 250% in 2 Weeks: UN 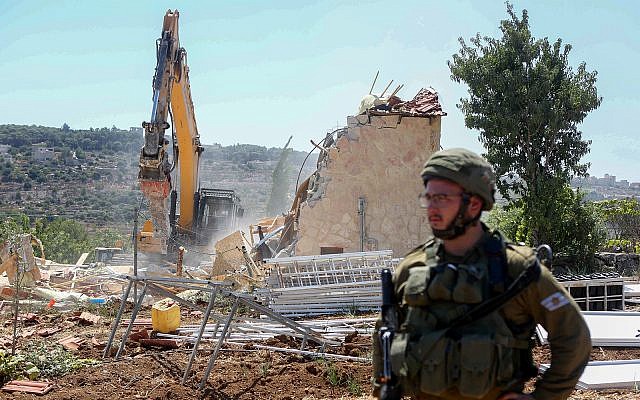 The United Nations Office for the Coordination of Humanitarian Affairs (OCHA) said Israeli authorities have either demolished or confiscated 70 Palestinian-owned structures in the West Bank, marking a 250 percent increase in the number of structures targeted across the Occupied Territories.

The UN body, in its biweekly report that covers the period between June 2 and 15, announced that 61 of the affected Palestinian structures were located in Area C.

The Israeli army has full control over the management of resources, planning and construction in the West Bank's Area C, and strictly limits Palestinian construction or development to less than one percent of the area.

The territory accounts for more than 60 percent of the Occupied Territories, and would form a significant part of a future Palestine state under the so-called two-state solution.

OCHA further highlighted that Masafer Yatta area, located south of the West Bank city of al-Khalil, was among the most targeted regions, as Israeli officials demolished 17 homes, cisterns as well as livelihood-related structures there.

The area, according to the UN body, has been designated by the Israeli army as a “firing zone” for military training, and its 1,300 Palestinian residents are seriously at the risk of forcible transfer.

Nine of the affected structures were in East al-Quds, of which four were demolished by their Palestinian owners to avoid municipal fees and possible damage to other structures and personal belongings. The increase in demolitions and displacement of Palestinians amidst the coronavirus pandemic in the Israeli-occupied lands raise serious concern, OCHA pointed out.

As for price tag attacks against Palestinians, OCHA said 10 Palestinians sustained injuries, including a 10-year old girl who was pushed by a settler in the Old City of al-Quds and suffered an eye injury as a result. The remaining nine Palestinians were either pelted with stones or beaten next to settlements.