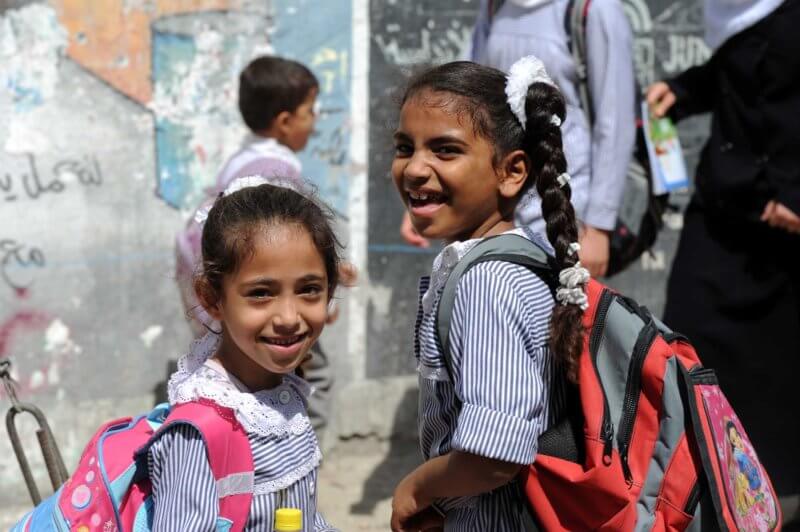 During an extra-ordinary global meeting on UNRWA at ministerial level hosted on Tuesday by the governments of Sweden and Jordan, 75 governments and non-governmental organisations made $130 million in financial commitments to sustain the operations and services of the United Nations Relief and Works Agency for Palestine refugees in the Near East (UNRWA).

The theme of this special pledging conference under Sweden and Jordan’s leadership was “A Strong UNRWA in a Challenging World– Mobilizing Collective Action.” The gathering was co-chaired by Jordan’s Minister of Foreign Affairs and Expatriates Ayman Safadi and Swedish Minister for International Development Cooperation Peter Eriksson, with the special participation of António Guterres, Secretary-General of the United Nations.

Echoing many participants in the event, Ayman Safadi, Minister of Foreign Affairs of Expatriates of Jordan, told the conference that “This is a time for action. Supporting UNRWA is a necessary action. The agency has done all it could to ensure efficiency and effectiveness in its operations. We must stand by it.”

Minister for International Development Cooperation Peter Eriksson urged traditional and non-traditional donors to “translate political support for UNRWA into financial support and contribute to a more sustainable UNRWA with multi-annual support to its programme budget.”

The Minister added that “supporting UNRWA is critical for stability by ensuring that half a million children can continue go to school and respond effectively to the COVID-19 pandemic.”

UN Secretary-General António Guterres said, “In December 2019, UN Member States voted overwhelmingly in support of renewing the mandate of the United Nations Relief and Works Agency for Palestine Refugees. UNRWA stands as a vital source of stability in a region rife with ongoing conflict and now also battling the health, economic and social impacts of the COVID-19 pandemic.”

“All nations must come together to create the long-term financial mechanisms necessary for the Agency to continue uninterrupted its UN-mandated mission to protect and assist a vulnerable population of 5.6 million Palestine refugees”, added Guterres.

“The results of today’s conference demonstrate the international commitment to the rights and well-being of Palestine refugees and the role of UNRWA as their essential provider of human development and humanitarian aid until the political entities involved reach a just and lasting solution to their plight,” said UNRWA Commissioner-General Philippe Lazzarini.

“Palestine refugees have long lived with the threat that UNRWA operations might be suspended. UNRWA has long lived from hand to mouth”, stated Lazzarini. “Today, we took a significant step forward in addressing the Agency’s chronic short and long-term financial challenges, including promoting multiyear agreements, expanding the donor base, and exploring innovative funding avenues and mechanisms”.

UNRWA chief commended Tuesday’s participants for sharing the Agency’s goal to promote the dignity and the rights of Palestine refugees.

Participants included ministers and senior officials from 75 governments and international organisations, representing all regional groups of the United Nations.

UNRWA is the UN agency responsible for providing protection, health care, education, relief and social services, emergency response and other lifesaving services to more than 5.6 million Palestine refugees across the Middle East.

The needs of the refugees are rising as a consequence of the outbreak and long-term implications of the COVID-19 pandemic, the economic downturn in host countries, and the political instability on top of the continued occupation of Palestinian Territory, the blockade on Gaza, and the conflict in Syria