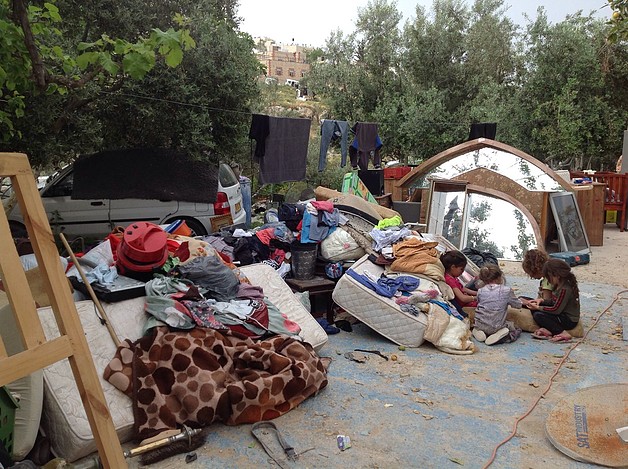 Israeli authorities on Wednesday demolished a Palestinian house in the East Jerusalem neighborhood of Beit Hanina, leaving a family without a roof over their head.

Israeli police escorted a bulldozer into the neighborhood, where the heavy machinery tore down a house belonging to Sharhabil Alqam, according to WAFA news agency.

The demolition is another chain in a massive demolition spree targeting Palestinian structures in the occupied city.

The structure was demolished under the pretext unlicensed construction.

The Silwan-based Wadi Hilweh Information Center posted a video showing scores of police cordoning the house off as the demolition was proceeding.

At the same time, the municipality and government build tens of thousands of housing units in illegal colonial settlements in East Jerusalem for Jews with a goal to offset the demographic balance in favor of the Jewish settlers in the occupied city.