EU, UK Say They Will not Recognize Any Changes to 1967 Borders, Urge Israel to Refrain from Annexation Plan 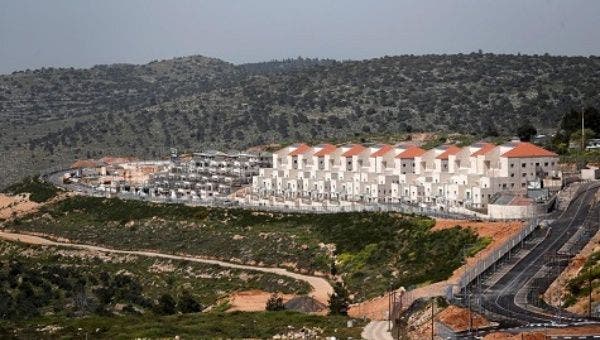 Based on the result of numerous UN resolutions that cite Article 49 of the Geneva Convention, the consensus view of the international community is that Israeli settlements are illegal and constitute a violation of international law. Photo: Reuters

European Union (EU) members (Germany, Belgium France, Estonia, Ireland) of the United Nations Security Council, as well as the United Kingdom and Norway on Wednesday called on Israel to refrain from its plans to annex occupied Palestinian territory, saying they will not recognize any change to the 1967 borders.

"We share the grave concerns expressed by the Secretary General in his latest report on the stated intention of the Government of Israel to annex parts of the occupied West Bank and we strongly echo his call on Israel to abandon its annexation plans," said the states in a joint statement delivered by Germany at the UNSC virtual meeting on the Middle East.

"We also share the Secretary General’s assessment that if any Israeli annexation of the Occupied West Bank – however big or small - is implemented, it would constitute a clear violation of international law, including the UN Charter, as well as the UN Security Council resolutions”, they added.

“It would severely undermine the renewal of negotiations, the possibility to reach a two-State solution acceptable to both parties, and the prospect of a viable Palestinian State. Any such unilateral step would also weaken efforts to advance regional peace and our broader efforts to maintain international peace and security”, the statement further read.

The seven European countries stressed that since annexation "would have negative consequences for the security and stability of the region," and despite their close relationship with Israel, "following our obligations and responsibilities under international law, annexation would have consequences for our close relationship with Israel and would not be recognized by us."

They said that international law is a fundamental pillar of the international rules-based order. "In this respect, we recall our long-standing position that we will not recognize any changes to the 1967 borders, unless agreed by Israelis and Palestinians. The two-state solution, with Jerusalem as the future capital for both States, is the only way to ensure sustainable peace and stability in the region."

They stressed that while they "will continue engaging with the parties and the international community in support of a negotiated two-state solution based on the international parameters," they nevertheless called "to refrain from any unilateral steps that could further deteriorate the situation on the ground, to remain committed to the Oslo agreements and to fully implement all resolution 2334, including with regard to settlement activities." 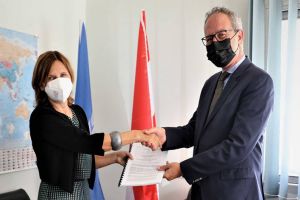