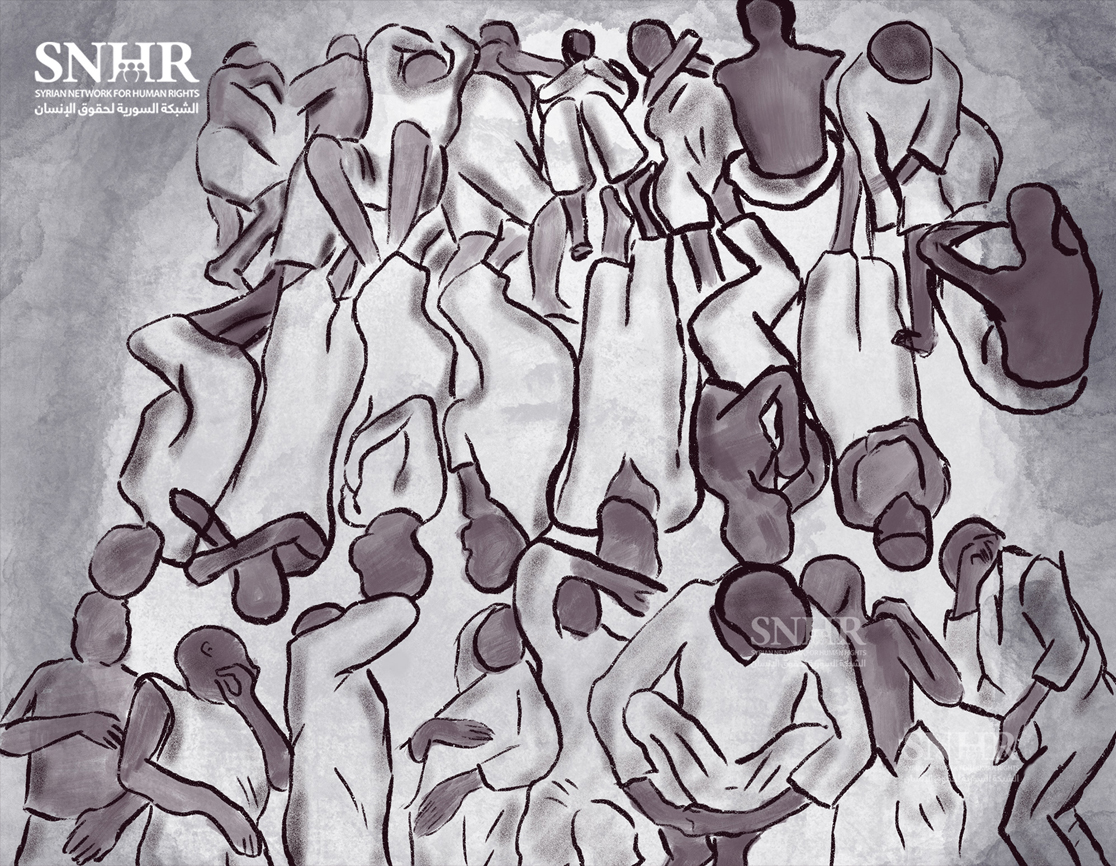 The Syrian Network for Human Rights (SNHR) has documented over 70 torture methods which the Syrian regime continues to practice in its detention centers and military hospitals.

A report released by a London-based human rights watchdog on the International Day in Support of Victims of Torture documented the death of over 620 Palestinian refugees under torture in Syrian government prisons, among whom minors and elderly detainees.

The Action Group for Palestinians of Syria (AGPS) said it believes the number is far higher due to the gag orders enforced by the Syrian regime on the detainees’ fates and names, along with the reluctance of the casualty’s families to reveal the names of their deceased or missing relatives for fear of retaliation.

Most of the casualties’ bodies have been withheld by the Syrian government forces, which is prohibited under international law except in cases where pillage and mistreatment are feared to occur, it added.

The Fourth Geneva Convention, the Hague Convention, and the Rome Statute consider the despoliation and mistreatment of dead bodies war crimes.

AGPS renewed its calls to the Syrian regime to release and disclose the fate of 1,797 Palestinian detainees who have been forcibly disappeared in state-run penal complexes.

According to the United Nations, torture seeks to annihilate the victim’s personality and denies the inherent dignity of the human being. Despite the absolute prohibition of torture under international law, torture persists in all regions of the world. Its pervasive consequences often go beyond the isolated act on an individual; and can be transmitted through generations and lead to cycles of violence.

The United Nations has condemned torture from the outset as one of the vilest acts perpetrated by human beings on their fellow human beings.

Torture is a crime under international law. According to all relevant instruments, it is absolutely prohibited and cannot be justified under any circumstances. This prohibition forms part of customary international law, which means that it is binding on every member of the international community, regardless of whether a State has ratified international treaties in which torture is expressly prohibited. The systematic or widespread practice of torture constitutes a crime against humanity.

On 12 December 1997, by resolution 52/149, the UN General Assembly proclaimed 26 June the United Nations International Day in Support of Victims of Torture, with a view to the total eradication of torture and the effective functioning of the Convention against Torture and Other Cruel, Inhuman or Degrading Treatment or Punishment.

AGPS said this is an opportunity to call on all stakeholders including UN Member States, civil society and individuals everywhere to unite in support of the hundreds of thousands of people around the world who have been victims of torture and those who are still tortured today.