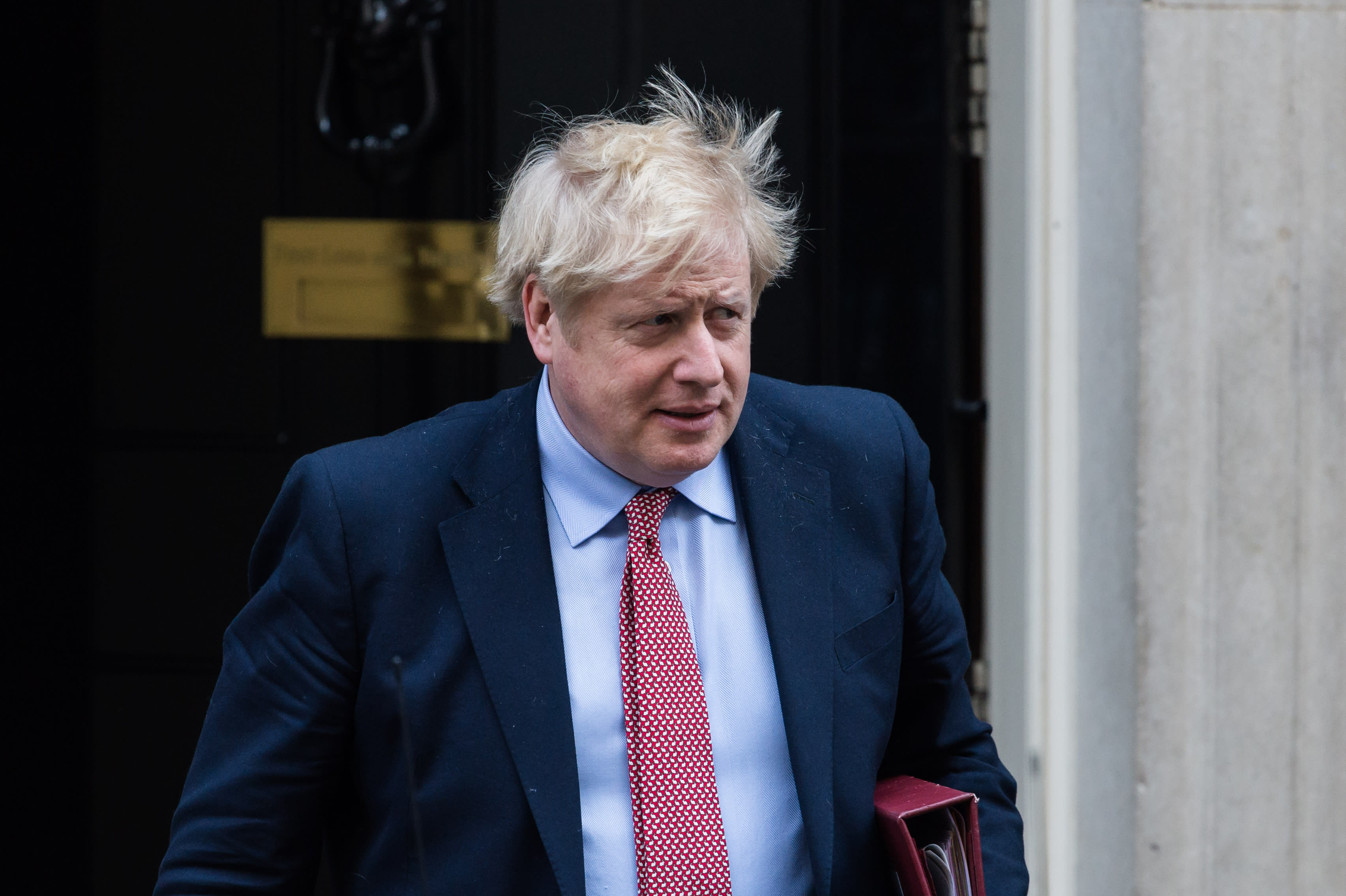 British Prime Minister Boris Johnson said the UK would "not recognise any changes" to Israel's borders set in 1967 unless also agreed to by the Palestinians, reported Anadolu news agency.

In an article he penned for Israeli newspaper Yedioth Ahronoth, Johnson warned Israel on a proposed annexation of parts of the occupied West Bank, urging for an "outcome that delivers justice for both Israelis and Palestinians."

Underlining that he was a "passionate defender" of Israel, Johnson said his country "has always stood by Israel and its right to live as any nation should be able to, in peace and security," he wrote, adding that the UK's "commitment to Israel's security will be unshakeable while I am Prime Minister."

"So it is with sadness that I have followed the proposals to annex Palestinian territory," Johnson said, in the article titled As Israel's friend, I urge you not to annex: PM Boris Johnson.

"As a life-long friend, admirer and supporter of Israel, I am fearful that these proposals will fail in their objective of securing Israel’s borders and will be contrary to Israel’s own long-term interests," he wrote.

Johnson argued that the proposed annexation "would put in jeopardy the progress that Israel has made in improving relationships with the Arab and Muslim world," adding that Israel's interests "overlap" with Arab partners.

"Israel's enemies would seize upon it, and use it against those in the Middle East who want to see progress."

The British premier said he wanted to see "an outcome that delivers justice for both Israelis and Palestinians."

"The UK has often stood in a small minority at the UN in defending Israel against unwarranted and wholly disproportionate criticism."

Johnson said: "Annexation would represent a violation of international law”, adding that "It would also be a gift to those who want to perpetuate the old stories about Israel.

"I profoundly hope that annexation does not go ahead. If it does, the UK will not recognise any changes to the 1967 lines, except those agreed between both parties”, he stated.

Johnson said both sides felt the frustration of failed peace talks but "we must now use the energy of this moment to once more come back to the table and strive to hammer out a solution."

"This will require compromise on all sides."

Expressing pride of the UK's "contribution to the birth of Israel with the 1917 Balfour Declaration," he said this would remain "unfinished business until there is a solution which provides justice and lasting peace for both Israelis and Palestinians."

"The only way it can be achieved is for both sides to return to the negotiating table," he said.

"That must be our goal. Annexation would only take us further away from it."

Israel is set to hold a cabinet vote on July 1 to annex major settlement blocs and the Jordan Valley in the occupied West Bank under US President Donald Trump's so-called "deal of the century" plan between Tel Aviv and the Palestinian Authority.