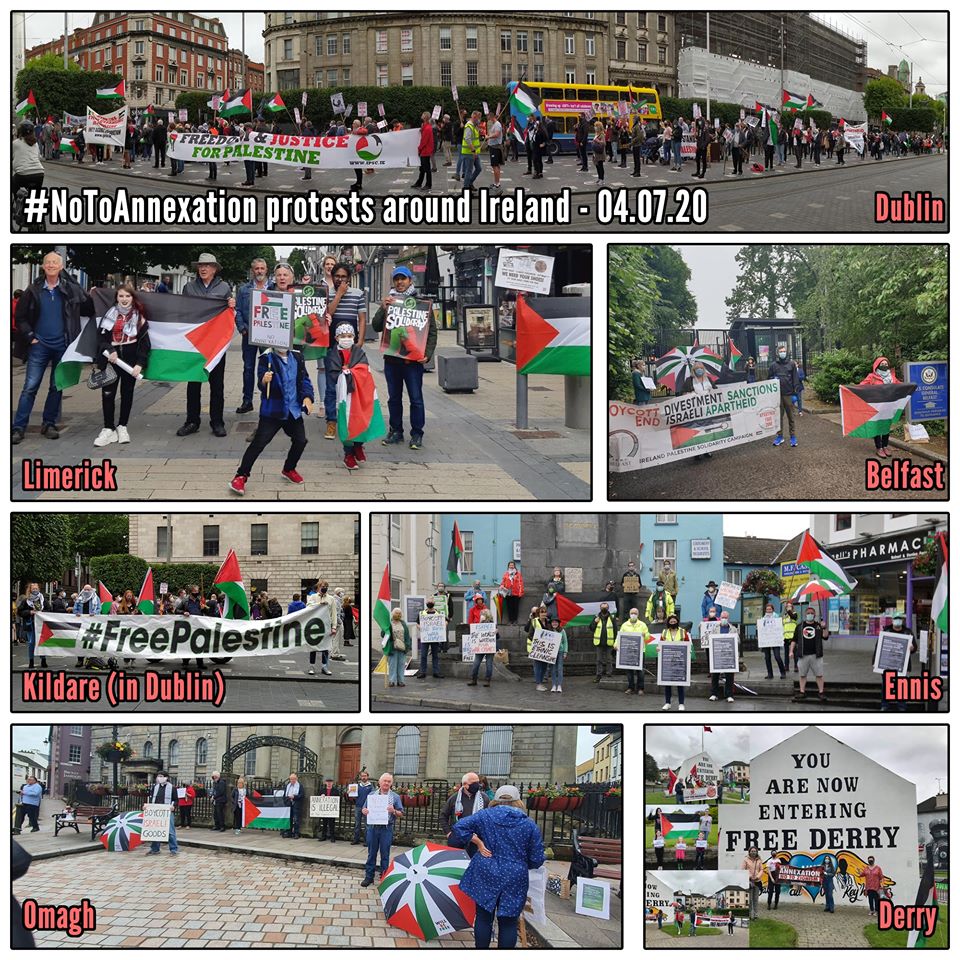 Scores of representatives of civil society institutions and NGOs have joined socially-distanced rallies held across the UK as part of a Day of Action staged by the Palestine Solidairty Camapign (PSC) to oppose Israel’s plan to illegally annex large swathes of occupied Palestinian territory in the West Bank and Jordan Valley.

Rally goers raised the Palestinian flag and lifted banners reading “Free Palestine”; “No to Annexation”, and “Freedom and Justice for Palestine”.

They chanted slogans calling for an end to Israel’s occupation of Palestine, a halt to the unilateral settlement plan, an immediate response by the international community to Israel’s human rights violations, and the enactment of sanctions against the “apartheid regime”.

The initiative has emerged thanks to efforts by the Palestine Solidarity Campaign (PSC) to organize a National Day of Action on Saturday the 4th July, to spur resistance in the UK to Israel’s annexation move.

A few days earlier, PRC voiced its decision to take part in the move. The Centre issued a statement expressing its solidarity with the Palestinian people and reiterating its firm commitment to international law and relevant UN resolutions prohibiting annexation of occupied territory.