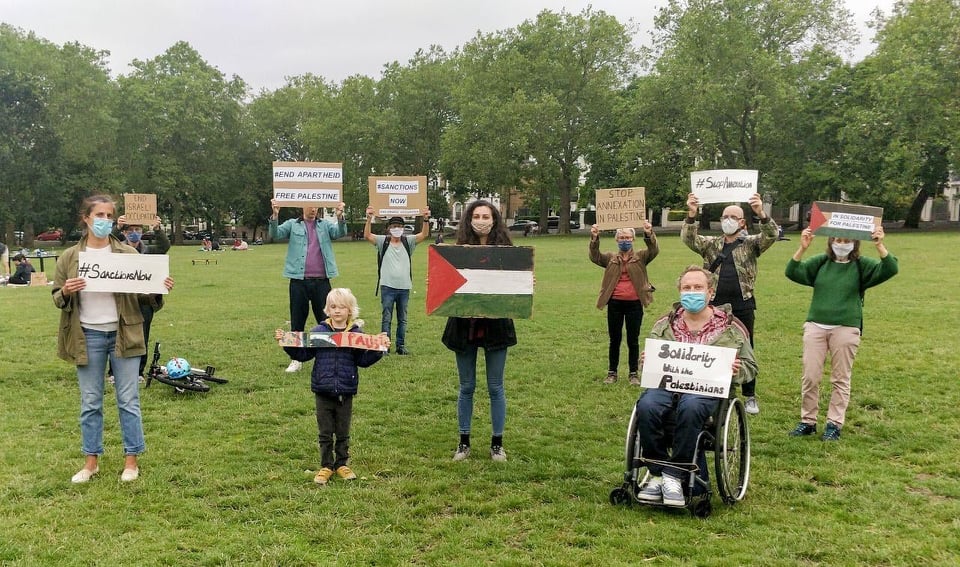 Representatives of the Palestinian Return Centre (PRC) and other NGOs have actively took part on Saturday in rallies held as part of a Day of Action to oppose Israel’s projected annexation of occupied Palestinian territory.

A number of activists and human rights advocates have posed for photos taken outside of their homes and offices while lifting banners condemning Israeli annexation plans.

In public plazas demonstrators voiced their firm opposition to the annexation move and called on Israel to comply with international law and relevant UN resolutions.

The event coincides with the launch of Palestine Expo Festival which celebrates Palestinian art, history and culture, and fosters pro-Palestine activism in the UK.

A few days earlier, PRC voiced its decision to take part in the move. The Centre issued a statement expressing its solidarity with the Palestinian people and reiterating its firm commitment to international law and relevant UN resolutions prohibiting annexation of occupied territory.

Although annexation may not have taken place this week as Netanyahu desired, the illegal theft of more Palestinian land is still very much the goal of the current Israeli government - backed to the hilt by the US President Donald Trump’s administration.