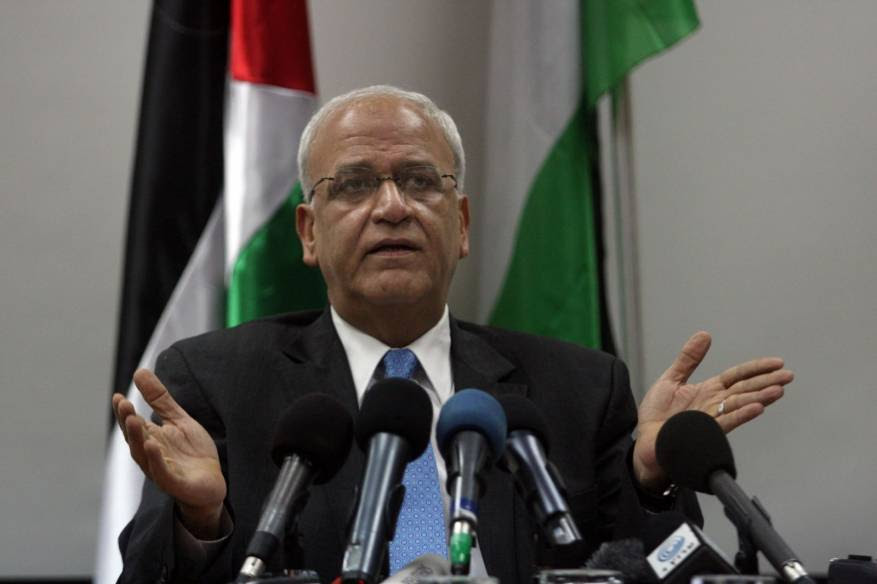 The State of Palestine has been mobilizing efforts with the United Nations General Assembly, aimed at creating an international coalition against the Israeli plan to annex portions of the West Bank, said Secretary-General of the Executive Committee of the Palestine Liberation Organization (PLO), Saeb Erekat, on Sunday.

Speaking to the official Voice of Palestine radio, Erekat said this international coalition, which the State of Palestine is seeking to establish along with other countries, will hold Israel to account in the event such annexation takes place, according to Wafa news agency.

He added that Palestinian President Mahmoud Abbas has been reaching out to world leaders to the effect that any Israeli annexation of Palestinian land means the Palestinians are absolved of their commitment to the agreements signed with Israel and the United States.

In other words, said Erekat, an Israeli annexation means Israel shall be obliged to assume its responsibilities as an occupying power under the Fourth Geneva Convention.

"According to the [Israeli] annexation plan, Netanyahu wants to change the job of the Palestinian Authority to be a service-provider and an instrument for the perpetuation and continuation of the occupation," Erekat remarked. "This will not happen, and this falls within the framework of the Deal of the Century."

The PLO secretary-general expressed appreciation for the international positions that have rejected the annexation plan, including those expressed by the parliament of Luxembourg and the French Foreign Minister.

He also praised the position of the 11 US Congressmen who submitted an amendment to the article on military security assistance granted to Israel, and demanded that any amount used by the latter for the purpose of annexation shall be deducted from this US aid.

Erekat commended the unity pledge reached between Fatah and Hamas, the two main leading Palestinian factions, who on Thursday agreed to join ranks in fighting the imminent Israeli annexation plan.