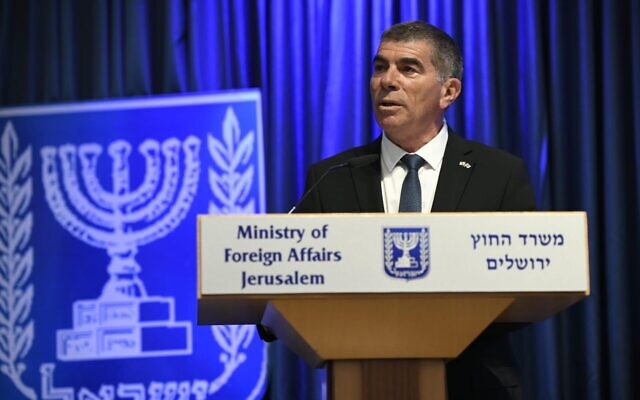 Israel’s annexation of parts of the occupied Palestinian West Bank “is not on the agenda for today or tomorrow,” Foreign Minister Gabi Ashkenazi told KAN Bet on Monday.

He has held talks with more than 30 foreign ministers, mostly from Europe, on the issue. “I hear what they say, and I think it’s clear what we’re facing.” This was a reference to Europe’s opposition to the Israeli annexation plan.

“I think the government of Israel, led by Netanyahu and Alternate Prime Minister Benny Gantz, will make sure to enact a responsible, measured process. We will hear the evaluations and then act.”

The deal of the century, Ashkenazi noted, responds to the two things that concern most of the population in Israel: “Security and maintaining a Jewish majority.”

The Foreign Minister insisted that carrying out the deal of the century must be negotiated “with our neighbours,” but he did not mention the Palestinians specifically.

“We believe in a process that will bring peace, and that is not a dirty word,” he said. “We don’t want to damage the peace treaties with our neighbours.”

The goal of his Blue and White Party is simple: “A Jewish state that is democratic and safe.” He insisted that he will do all that he can to that end.