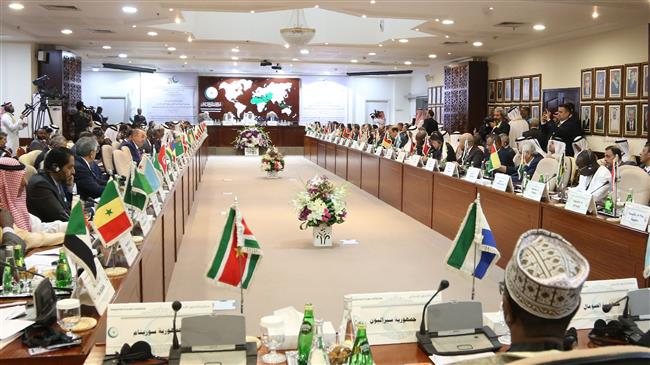 Foreign ministers of the Organisation of Islamic Cooperation OIC meet in Saudi Arabia on September 15, 2019. (Photo by AFP)

The Secretary General of the Organization of Islamic Cooperation (OIC), Dr. Yousef A. Al-Othaimeen, sent letters to the ministers of foreign affairs of the Member States of the United Nations Security Council (UNSC) and members of the International Quartet to convey the OIC’s position rejecting the Israeli occupation government’s threats to annex parts of the occupied Palestinian territory.

This initiative came pursuant to the relevant resolution adopted by the OIC Executive Committee convened at the level of foreign ministers on 10 June 2020.

In his letters, the Secretary General underscored the need for the international community to assume its responsibilities and called on the UNSC to take the measures necessary to prevent Israeli annexation plans and compel Israel, the occupying power, to halt all its illegal practices and honor its obligations under the Fourth Geneva Convention and relevant UN resolutions.

The Secretary General also conveyed to the members of the International Quartet the content of the said resolution, which requested holding an emergency meeting to save the chances of peace, pursue work to launch a multilateral internationally-sponsored political process to achieve the two-state solution and realize the sovereignty of the State of Palestine within the 1967 borders, with Al-Quds (Jerusalem) as its capital, in line with international terms of reference, including UN resolutions and the Arab Peace Initiative.