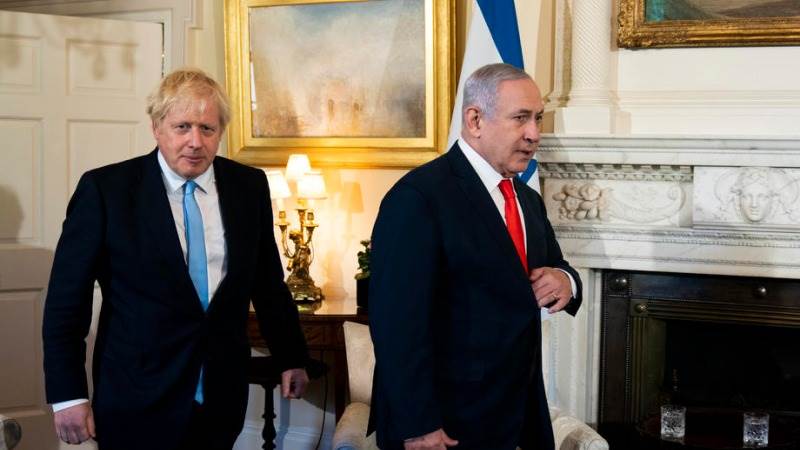 The UK Prime Minister’s Office announced in a statement that Johnson spoke to Netanyahu.

“The Prime Minister set out his concerns about plans to annex parts of the West Bank unilaterally and cautioned that this would set back the prospects for peace in the region,” Johnson said during the phone call.

The statement went on to say that Johnson urged Netanyahu to return to negotiations with the Palestinians.

Palestinian ambassador to the UK Husam Zomlot welcomed Johnson’s remarks and called for sanctions against Israel and recognition of the Palestinian state.

“We welcome PM Johnson’s strong rejection of any illegal Israeli annexation. Actions will ensure Israeli compliance with international law while laying the foundation for peace: sanctions against illegalities & recognize the state of Palestine”, Palestinian news agency WAFA quoted him as stating.