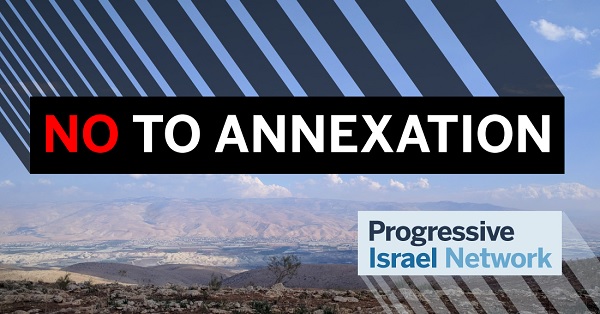 A consortium of Jewish organizations in the US have strongly condemned Israel’s planned annexation of large swathes of occupied Palestinian land in the West Bank, saying the move constitutes a violation of international law and of Palestinians’ human rights.

“As progressive organizations committed to supporting democracy and equality in Israel and a just and peaceful future for Israelis and Palestinians, we have made clear our staunch opposition to any unilateral Israeli annexation of occupied territory in the West Bank”, read the statement.

The organizations said that “such a move would violate international law and severely imperil Israel’s future as a secure, democratic homeland for the Jewish people. It would aim to permanently relegate the Palestinians to life in disconnected enclaves without independent statehood or basic civil rights”.

“It is because of these concerns that we strongly support Senator Chris Van Hollen’s proposed amendment to the National Defense Authorization Act, which stipulates that US security assistance to Israel cannot be used to implement unilateral annexation in the West Bank”, they said.

“Like the Senator and his colleagues who have co-sponsored this amendment to date, we believe US security assistance to Israel should be used to help Israel meet its legitimate defense needs — not to implement actions that will undermine its own security and democracy, trample on Palestinian rights and harm US interests”, the statement added.

“All those who value human rights and Israeli democracy, support a peaceful resolution to the Israeli-Palestinian conflict and want to see an end to decades of occupation should agree that it would be unacceptable for US tax dollars to help foot the bill for an act as extreme and destructive as unilateral annexation”, stated the eight Jewish organizations.

“Our organizations thank Senator Van Hollen and his colleagues for their strong leadership and clarity on this issue, and we urge their fellow Members of Congress to join with them in standing up for the democratic values and shared interests that are meant to form the heart of a mutually beneficial US-Israel relationship”, they added.

Israel's planned annexation of parts of the West Bank was met with growing international opposition.

Last month, more than 1,000 European lawmakers from 25 countries called on their leaders to step in and stop Israel's planned annexation of parts of the occupied West Bank.

In the US, several senior pro-Israel Democrats have voiced their opposition to annexations, while their more leftist colleagues advocated for cutting US military aid to Israel if the Jewish state moves to annex parts of the West Bank.

Though Israel had planned to launch annexations on July 1, the plans have undergone some delays.