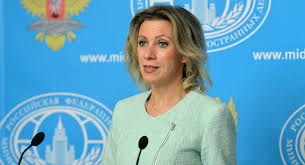 Russia has warned that the Israeli regime’s contentious plans to annex large parts of the occupied West Bank and strategic Jordan Valley risk the outburst of violence across West Asia region.

According to Press TV, speaking at a weekly press briefing in the capital Moscow on Thursday, the Spokeswoman for the Russian Foreign Ministry Maria Zakharova described the impending move as a unilateral implementation of US President Donald Trump's controversial proposal for the so-called “peace” between the Tel Aviv regime and the Palestinians, dubbed “the deal of the century,” and reiterated the need for an international consensus to reject Israel’s plans.

The deal of the century envisions Jerusalem as “Israel’s undivided capital” and allows the Tel Aviv regime to annex illegal settlements in the occupied West Bank and Jordan Valley. The plan also denies Palestinian refugees the right of return to their homeland, among other controversial terms.

Israel’s annexation plan has triggered waves of protest around the globe.

The annexation move will put an end to the prospect of the so-called two-state solution to the Israeli-Palestinian conflict, Zakharova added.

She further noted that Russia shares the same position as that of the Arab League and the Organization of Islamic Cooperation (OIC) vis-à-vis such an attempt.

The Russian diplomat went on to say that Moscow supports the so-called two-state solution to the Israeli-Palestinian conflict.