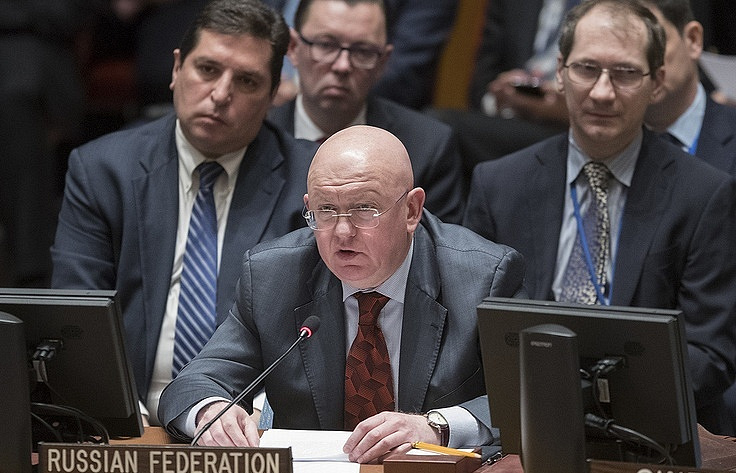 Russia’s Permanent Representative to the United Nations Vassily Nebenzia has said that an Israeli annexation of portions of Palestinian land would have a negative impact on the situation in the region as well as on the prospects of Palestinian-Israeli peace.

"As a member of the Middle East Quartet, Russia stands ready to take steps for the launch of direct negotiation between Israel and Palestine," Nebenzia said during a UN Security Council session as quoted by the Russian News Agency TASS.

"Today, international cooperation is more important than ever to advance in the peace process. As a member of the Quartet, Russia is ready to make every step possible to launch direct talks between Israel and Palestine," he said.

On May 17, Israeli Prime Minister Benjamin Netanyahu announced his intention to annex portions of the Palestinian land in the West Bank for the construction of Jewish settlements.

Netanyahu's announcement was entirely rejected by the Palestinian leadership, with President Mahmoud Abbas declaring an end to the agreements signed with Israel in protest of the illegal move. The majority of the international community, including the European Union, also rejected the plan.