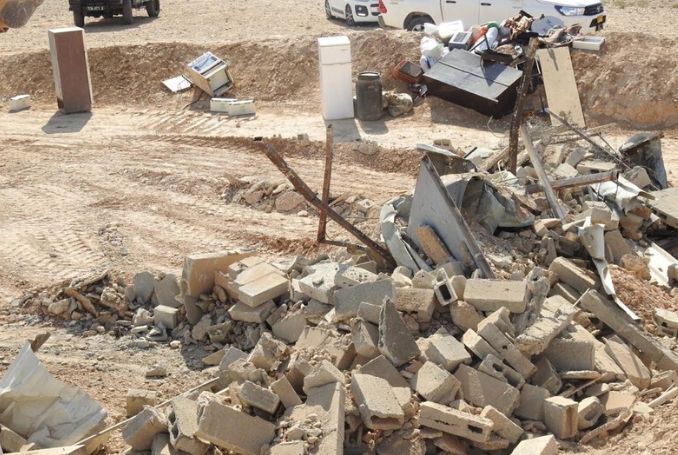 A Palestinian resident of al-Twwaneh, in Masafer Yatta village, in the southern occupied West Bank, was told by the Israeli military that his two-room home will be demolished.

Earlier this week, local activist Rateb al-Jabour told WAFA news agency that soldiers raided al-Twwaneh and handed Jamal Ribi a demolition order against the two 120-square-meter rooms that form a shelter for him and his family.

Masafer Yatta is located in Area C of the occupied West Bank, which is controlled by the Israeli military government and where Palestinians are not allowed to build or develop.

The Israeli authorities’ destruction of Palestinian-owned structures in Area C of the West Bank on grounds of lack of building permits is preceded by the issuance of demolition orders. Together with other policies and practices, the threat of destruction of homes and sources of livelihood represented by these demolition orders, contributes to the generation of a coercive environment pressuring people to leave their areas of residence.

Roughly 650,000 Israeli Jews currently live on more than 100 settlements built since 1967, when Israel occupied the West Bank and East Jerusalem.

Under the 1995 Oslo Accords between Israel and the Palestinian Authority, the West Bank, including East Jerusalem, was divided into three portions -- Area A, B and C.

Israel prevents Palestinians from conducting construction projects in parts of the West Bank designated as Area C under the agreement, which falls under administrative and security control of Israel.

Area C is currently home to 300,000 Palestinians, the vast majority of whom are Bedouins and herding communities who predominantly live in tents, caravans and caves.

International law views both the West Bank and East Jerusalem as occupied territories and considers all Jewish settlement-building activity there illegal. 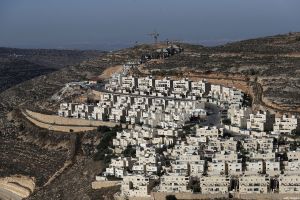 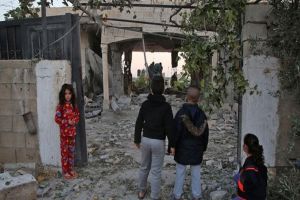