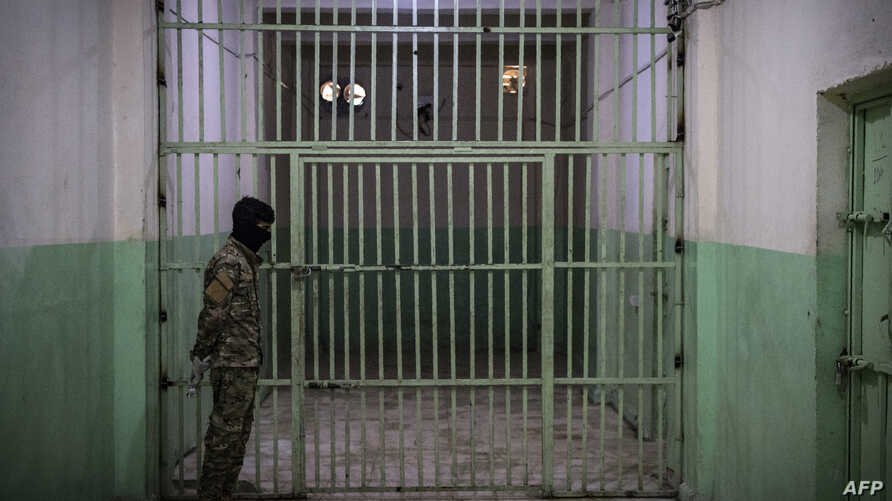 A member of the Syrian Democratic Forces (SDF) stands guard in a prison in the city of Hasakeh, Syria, Oct. 26, 2019. Photo via: VOA News

Palestinian prisoners in Syria and their families have been deprived of the joy of Eid in the war-torn country, where thousands of civilians have been killed and thousands more have fallen prey to enforced disappearance.

Over 1,790 Palestinian refugees, including  minors and women, have been held behind Syria’s prison bars.

“We have not celebrated Eid for years. We miss our father so much”, wrote a prisoner’s son on his Facebook account.

Affidavits by ex-detainees continue to provide evidence on the involvement of Syrian government officers in harsh torture tactics, including electric shocks, heavy beating using whips and iron sticks, and sexual abuse against Palestinian detainees, in a flagrant violation of the Convention against Torture and Other Cruel, Inhuman or Degrading Treatment or Punishment, commonly known as the United Nations Convention against Torture (UNCAT).