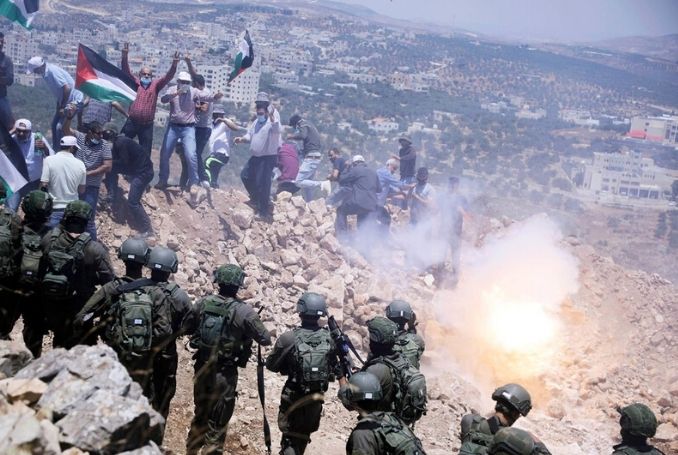 Coordinator of the Local Popular Resistance Committee Murad Ishtiwi said that Israeli troops opened fire towards protestors marching against Israel’s illegal move to annex large swaths of the West Bank, hitting a 23-year-old protestor with a rubber-coated steel bullet in the foot and causing dozens of others to suffocate from tear gas inhalation.

All the suffocation cases received treatment at the scene.

The annexation of Palestinian territory occupied in 1967 is illegal under international law, and it would put much of the occupied West Bank under Israeli sovereignty, leaving only a few small pockets of densely populated Palestinian bantustans.