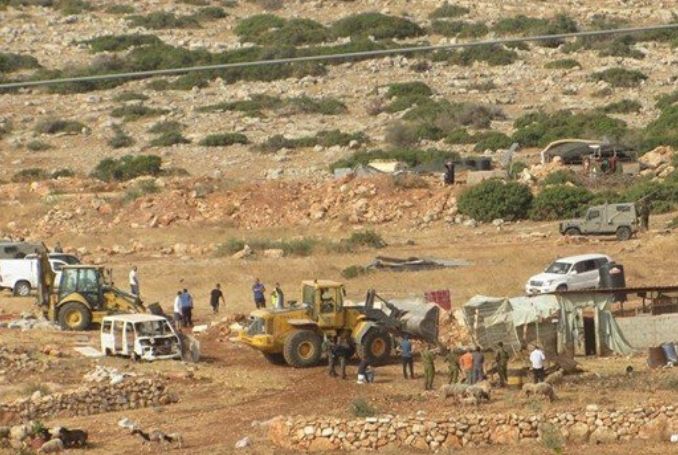 The Israeli occupation authorities on Tuesday tore down and seized Palestinian tents, while demolition orders were issued against other structures in the south of the West Bank, reported Palestinian news agency Wafa.

He said at least 10 people were displaced in the two demolitions.

In the village of Susya, east of Yatta in the southern Hebron hills, coordinator of the Wall and Settlements Resistance Committee, Rateb al-Jabour said that Israeli forces stormed the village, where they tore down and seized a tent.

The soldiers also ordered a halt on the construction of a tin structure in the village and seized construction materials, two tents and equipment, including an electrical generator and a concrete mixer.

Soldiers also ordered several farmers in the area not to reclaim their farmlands. One of the farmers was ordered to appear before Israeli intelligence at the Gush Etzion colonial settlement.