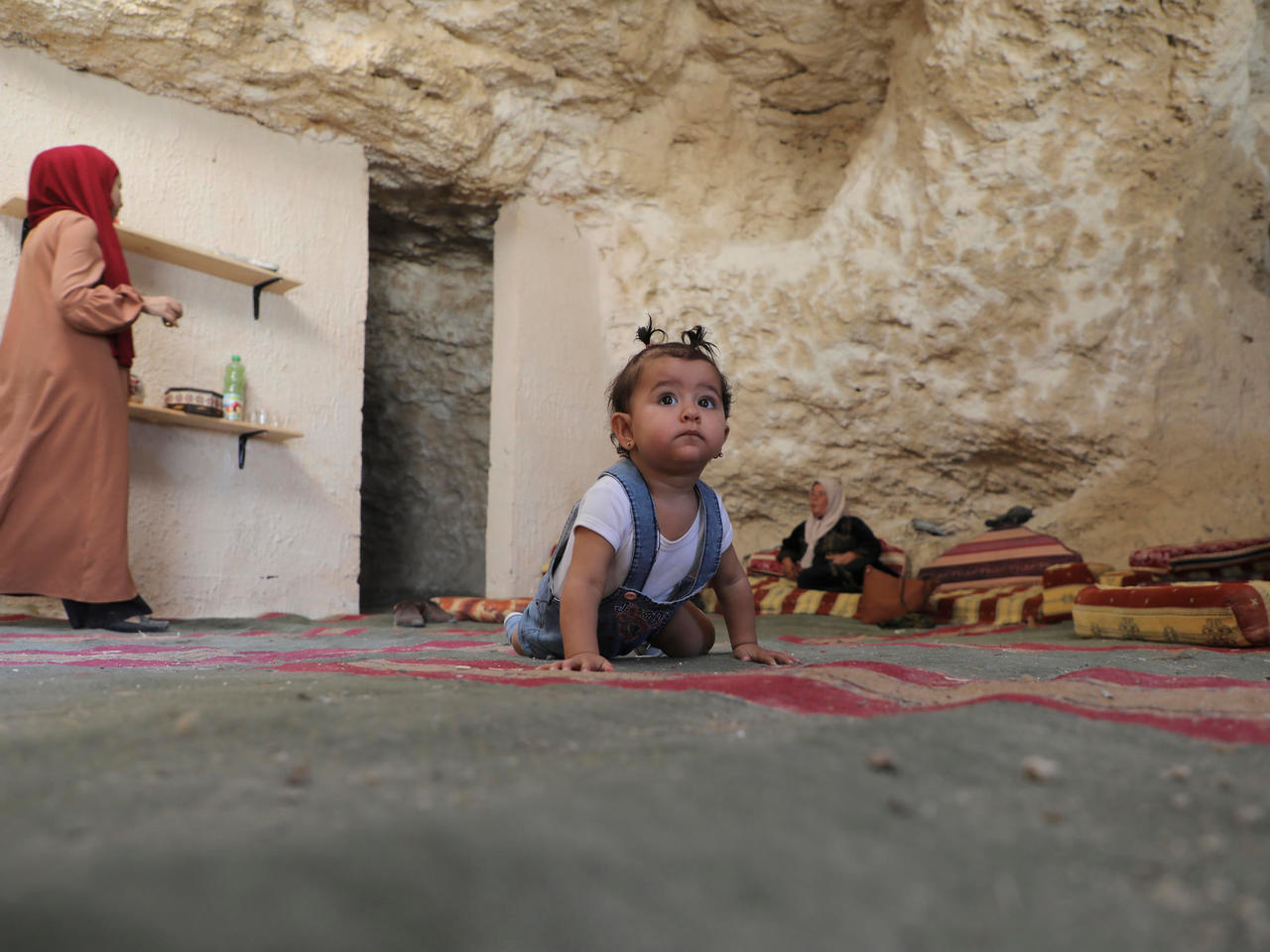 Roughly 450,000 Jewish settlers live in the West Bank, alongside some 2.7 million Palestinians AFP

Israeli authorities have threatened to demolish the West Bank cave that a Palestinian family have sought sanctuary in after they were refused permission to build a house, according to the news agency AFP.

Ahmed Amarneh’s home may be the first built inside a cave that Israeli occupation authorities have threatened to destroy.

Amarneh, a 30-year-old civil engineer, lives with his family in the northern West Bank village of Farasin, where Israel insists it must approve any new residential construction and tears down homes built without permits.

“I tried twice to build [a house], but the occupation authorities told me it was forbidden to build in the area,” Amarneh told AFP.

Convinced he would never get Israeli approval to build a home in his village, Amarneh set his sights on a cave in the foothills overlooking Farasin.

Amarneh said he figured that as an ancient, natural formation, Israel could not possibly argue that the cave was illegally built, while the Palestinian Authority (PA) agreed to register the land in his name. He sealed the entrance to the cave with a stone wall and installed a wooden door at its center.

Amarneh told AFP he had been living there for a year and a half, but received a demolition notice from the Israeli occupation authorities in July, along with 20 other Palestinian families in Farasin.

The Israeli military branch responsible for civilian affairs in the West Bank, COGAT, told AFP demolition notices were served to some Farasin residences because of “structures that were illegally built, without the necessary permits and approvals”.

Those demolitions began on Monday, with Israeli troops destroying one home in Farasin and a water tank, a AFP photographer said.

Amarneh, whose home was not targeted on Monday, had told AFP he was “surprised” to learn that he had built anything illegally.

“I didn’t make the cave. It has existed since antiquity,” he said, holding his young daughter in his arms. “I don’t understand how they can prevent me from living in a cave. Animals live in caves and are not thrown out. So, let them treat me like an animal and let me live in the cave.”

The Oslo peace accords of the 1990s gave the Palestinians self-rule in some parts of the West Bank.

However, some 60 percent of the West Bank, dubbed Area C, remains under full Israeli civil and military control. Farasin is located in this area.

The United Nations considers Area C as an occupied Palestinian Territory. But Israel has increasingly allocated land there for the construction of settlements which are illegal under international law.