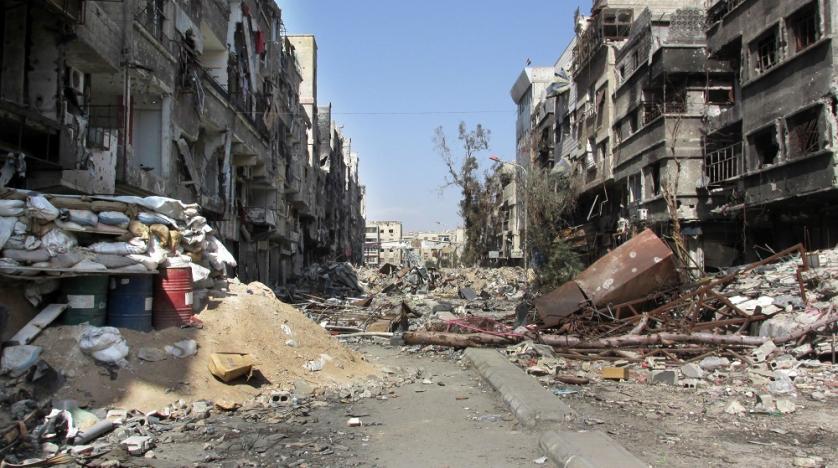 Destruction in the Palestinian refugee camp of Yarmouk in Syria. (AP)

A number of Palestinian families returned to Yarmouk Camp after permits were issued by Syrian security forces to that end.

Palestinian families continue to call on the concerned authorities to allow them a safe return to their homes in Yarmouk and to press ahead with reconstruction projects.

Unofficial statistics indicate that some 200 families have remained in Yarmouk Camp. Scores of stranded families fled the camp following the 33-day military operation launched by the government forces on April 19, 2018. The Syrian government forces regained control over the area and southern Damascus towns following the operation. Dozens of civilians were killed and dozens more injured in the offensive. Over 60% of buildings in Yarmouk have gone either totally or partially destroyed.

Last year, the United Nations Institute for Training and Research (UNITAR) published the results of an assessment of the damage to Syrian cities caused by seven years of relentless bombardment by the incumbent regime and its allies since 2011.