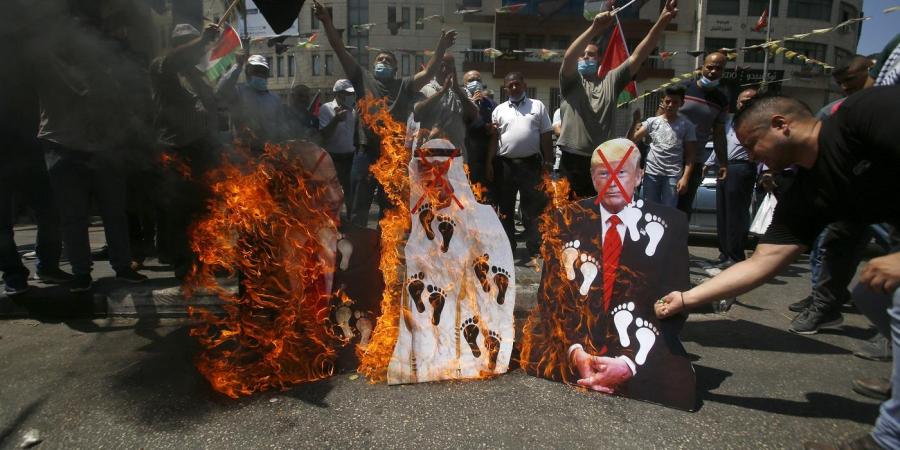 According to eyewitnesses, hundreds of Palestinians protested in separate areas of the West Bank, denouncing the UAE’s agreement to officially normalize its relations with Israel.

In the town of Yatta in the Hebron Governorate, a group of masked men burned the UAE flag during a protest condemning the agreement. The demonstrators also chanted slogans rejecting the normalization agreement, which they described as “betrayal”, according to witnesses.

In the city of Nablus, hundreds denounced the agreement during a demonstration that took place after Friday prayers in Al-Shuhada Square. Young men participating in the demonstration trampled and burned the pictures of the President of the United States Donald Trump, Israeli Prime Minister Benjamin Netanyahu and the Crown Prince of Abu Dhabi.

In the town of Haris in the Salfit Governorate, Palestinian protesters raised pictures of the UAE’s Crown Prince embossed with the “X” sign and chanted slogans condemning the Emirati-Israeli agreement.