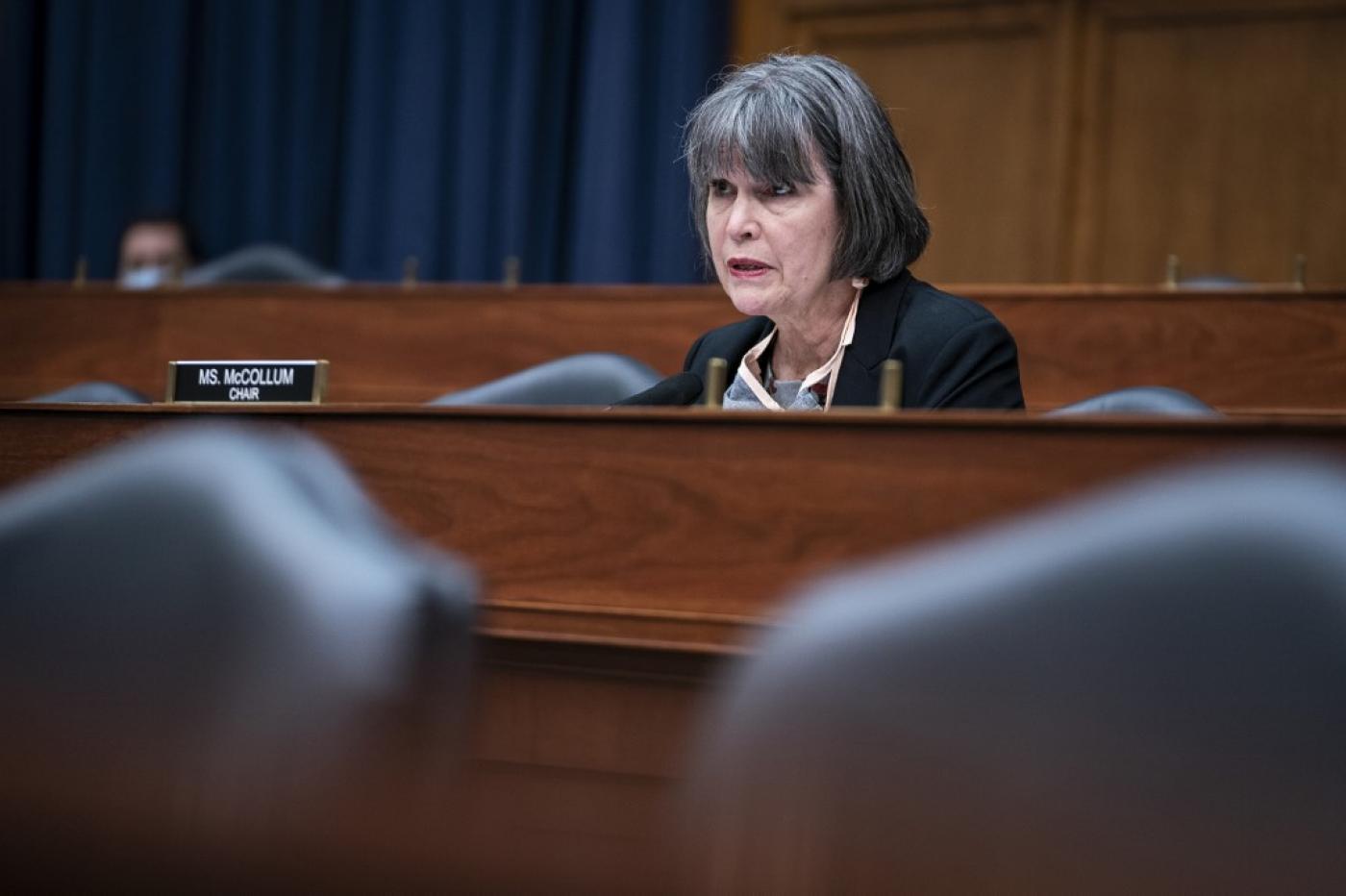 A group of Democratic members of Congress introduced legislation on Friday that condemns the Israeli government's proposed annexation of the occupied West Bank and blocks any US aid that would potentially be used to fund it, reported the Middle East Eye news site.

The legislation, led by Congresswoman Betty McCollum and endorsed by more than 30 progressive organisations, would reject "any claim by Israel of sovereignty over any part of the occupied West Bank including its airspace".

"I want Palestinians and Israelis to have their human rights respected, their right to self-determination realised, and a future with peace, security, equality, and justice," McCollum said in a statement.

"Annexation is antithetical to these goals and will fuel instability, injustice, and an abhorrent system of apartheid. I reject Israeli annexation. I condemn annexation. And I will work to ensure the US does not support, defend, or legitimise any plan to illegally annex Palestinian lands", she added.

The introduction of the legislation comes a day after the United Arab Emirates and Israel announced plans to normalise relations.

Under the agreement, which was brokered by President Donald Trump, Israel said it had agreed to suspend its planned annexation of parts of the occupied West Bank.

However, speaking to reporters later in the day, Israeli Prime Minister Benjamin Netanyahu said annexation was "still on the table" and that it was something he was "committed to".

McCollum said Thursday's agreement between Israel and the UAE "changes nothing".

"Prime Minister Netanyahu and President Trump have taken nothing off the table," she said. "Their promises and commitments are worthless because they have both proven, time and time again, that they cannot be trusted."

Rashida Tlaib - who along with Ilhan Omar, Alexandria Ocasio-Cortez, Ayanna Pressley and Mark Pocan co-sponsored the bill - said American tax dollars "should not be used to perpetuate and entrench human rights violations in Palestine".

"Whether within our own borders or abroad, we will no longer accept that our national budget be spent on human rights violations," Tlaib said in a statement.

"We must make prioritised investments that promote health and social justice for all instead."

In order for the bill to become law it would need to pass both the House and Republican-led Senate - an unlikely scenario.

Still, Jewish Voice for Peace (JVP), a political advocacy group, said the bill was a sign that "progressive leaders are stepping up" when it comes to abuses against Palestinians.

"This legislation ensures that the US government will reject and never recognize any illegal annexation of Palestinian land by Israel," Stefanie Fox, executive director of JVP Action, said in a statement. "It's a critical step toward justice and accountability."