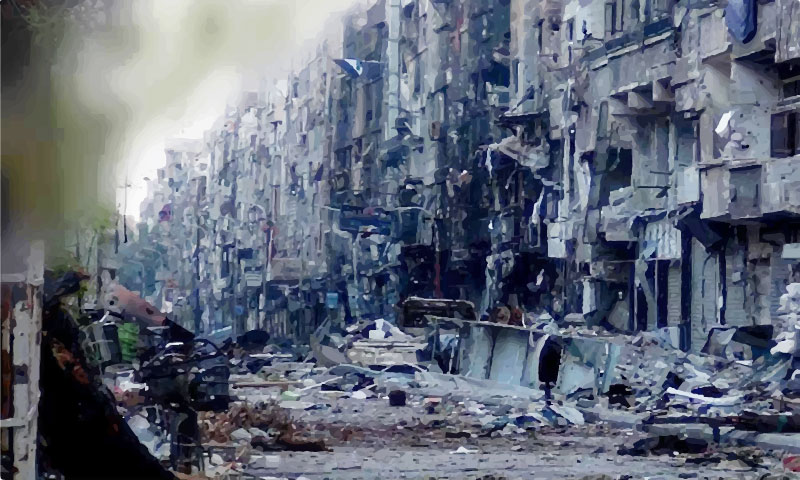 On the seventh anniversary of the “chemical massacre”, perpetrated on August 21, 2013 in Rif Dimashq, rights groups have warned that the Palestinian refugee community in Syria has been disastrously affected by the onslaughts launched by the Syrian regime using internationally prohibited weapons.

August 21 is a reminder of the offensive rocking Zamalqa and Mu’dhamiyat AlSham towns, in Rif Dimashq, and which took away the lives of hundreds of civilians, among them 36 Palestinians, due to heavy inhalation of toxic gas. Heavy material damage was also inflicted on Palestinian refugee camps and shelters, along with UNRWA facilities.

The list of Palestinian victims includes 18 members of the Ghazi family, in Zamalka, and seven others in Mu’dhamiyat AlSham.

Sometime earlier, activists said that Syrian government forces ravaged the Zamalka graveyard, where the victims of the 2013 massacre have been buried. The activists warned that the dead bodies might have been transferred to an unknown location.

Human rights data indicates that the massacre took away the lives of over 1,450 civilians. The Syrian Network for Human Rights kept record of the death of 1,027 persons, including 107 children and 201 women.