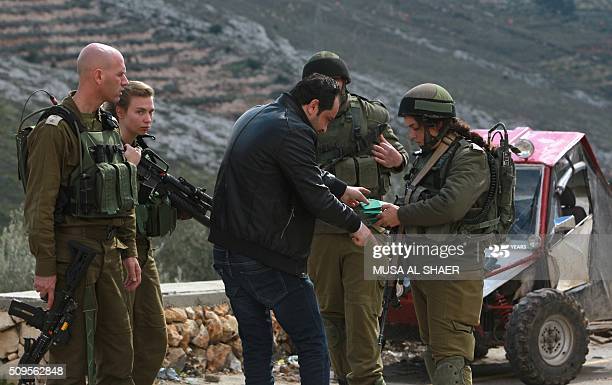 Israeli security forces check the ID's of Palestinians at the entrance of the village of Nahalin southwest of Bethlehem, on February 11, 2016, following its lock down by the Israeli army.

Three Palestinian residents of the southern West Bank village of Nahalin were informed by the Israeli occupation authorities that their homes will be demolished and others were ordered to stop construction on their homes, reported Wafa news agency.

Nahalin mayor Subhi Zeidan told WAFA that owners of the three houses were given demolition orders by the Israeli military.

Two other residents were informed that the military is going to demolish retaining walls on their land.

Five other residents of the village were also ordered to stop work on the construction of their houses.

The Israeli occupation authorities seek to seize Nahalin village land for its illegal settlement activities in that area.