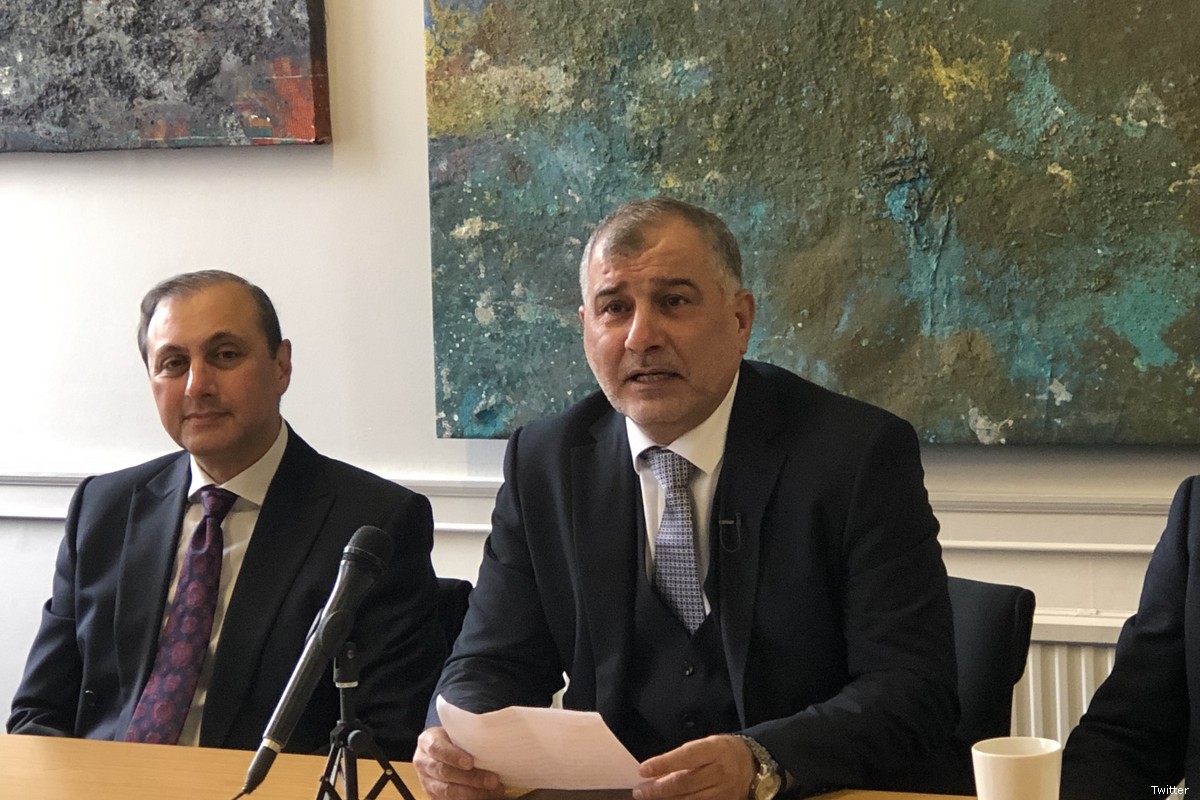 Majed AlZeer (C) the head of the Palestinian Return Centre.

“It’s not perfect” was the phrase with which a new film by AlJazeera, investigating how private company World-Check used personal financial information to blacklist people and organizations, including PRC and its director Majed Al-Zeer, was wrapped up.

Released on September 2, the film revealed how World-Check databases used by banks to help them comply with government financial regulations are motivated by political agenda and biased drives.

“The information that they carry is erroneous. It’s not perfect”, an analyst figuring in the film told AlJazeera’s Thamer Mesehal, referring to the politically-motivated database.

“The existence of financial risk databases raises several questions that should concern us all”, says the film, raising several questions that put World-Check’s databases into serious doubt: “Is it legitimate and fair for a private company to collect data which, although it’s in the public domain, comes from sources that may very well have their own political agendas?”

In early 2019, outside of the Royal Court of Justice in London, Majed Al-Zeer said PRC had been wrongly put on a blacklist of bank databases and this caused them serious financial difficulty.

Other organizations and individuals did take legal action against world-check prior to PRC’s legal battle, including Finsbury Park Mosque.

In the video Mohamed Kozbar, General Secretary of Finsbury Park Mosque, says: “The Muslim community and the mosque management made a big effort to change the mosque’s image and put it in safe hands. We couldn’t imagine we’d be accused of links to terrorism”.

“It all started when I received an email from HSBC saying the mosque’s bank account would be closed and that we had two months to open an account with another bank”, he added.

PRC, which provides a media platform for the Palestinian diaspora, decided to pursue civil action against World check, after Al-Zeer’s own and the centre’s bank accounts were both closed.

On 30 April 2018 – and prior to the hearing of the strike out application – Reuters Limited (which had a majority in World-Check) made an offer of settlement to Mr Al-Zeer in respect of his whole claim in both libel and under the Data Protection Action 1998 under Part 36 of the Civil Procedure Rules. This offer was accepted. As part of this agreement Reuters agreed to pay Mr Al-Zeer damages/compensation of £10,000; to move his profile from the “Terrorism” category; and to pay his legal costs. Reuters also agreed to amend Mr Al-Zeer’s profile on the Report Section to include his denial of any personal connection to Hamas or the Muslim Brotherhood.

Short Link : http://bit.ly/320KjQB
Tags
Next News
Another Palestinian Dies of Coronavirus in US
Previous News
Palestine Refugee Students in Jordan Go back to School
Most Views
Related Posts