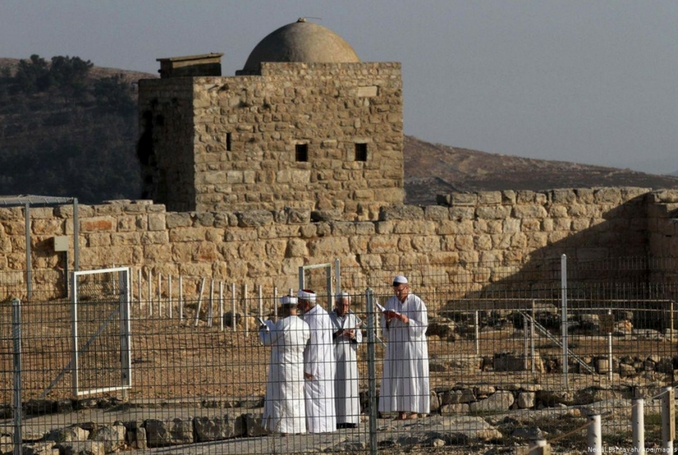 The religious and historic site of Sebastia in Nablus, West Bank. (Photo: via MEMO)

The PLO Executive Committee member Hanan Ashrawi said in a statement that Israeli occupation authorities' decision to confiscate Deir Samaan and Dei Qal'a, two important archeological sites in the Salfit area, is an act of looting and cultural appropriation.

It is the final step in a gradual yet deliberate scheme that has continued over nearly ten years with the intention of annexing these two sites to nearby illegal settlements, said the statement, quoted by Wafa news agency.

Other historical sites, including Sebastia and the Battir Terraces, which are inscribed as a World Heritage site, have also been targeted recently.

“The systematic Israeli theft of archeological sites across Palestine is illegal and immoral,” said Ashrawi.

These sites stand as testaments to the Palestinian people's deep roots and history in our land. They are part of our history and identity. That is why Israel's systematic annexation of historic and archeological sites is the ultimate act of cruelty and aggression, she added.

In addition to assaulting the Palestinian people's present and hijacking their future, this regime wants to confiscate our collective past and historical narrative, said the statement.

“As the Trump administration employs its political and economic weight to extort international political rewards for Israel, the Israeli government is accelerating its systematic and willful annexation of Palestinian land, resources, and cultural heritage,” said Ashrawi.

She stressed that ignoring these destructive acts will not diminish their strategic impact on Palestinian rights.

“States and international organizations, especially UNESCO, must intervene to put an end to such plunder,” she concluded.