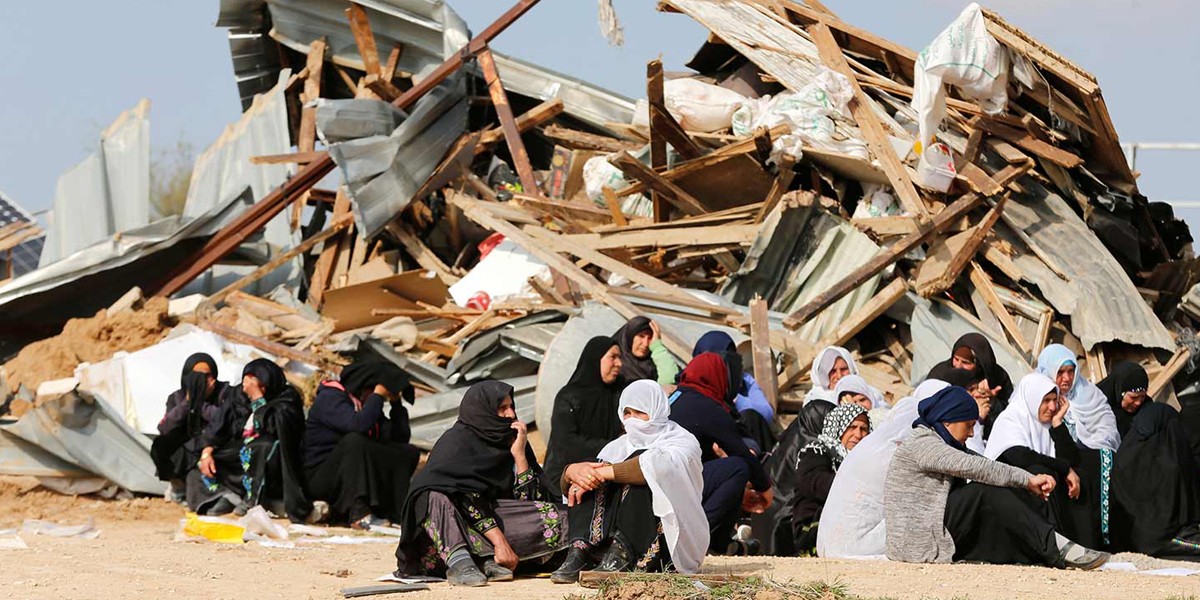 In 1948, Zionist gangs forcefully displaced over 800,000 Palestinians and built the state of Israel on the ruins of their homes. Today, Israel is evicting Palestinian Bedouins to build malls and military training camps. (Photo via: Palestine Post24)

The European Union missions in Jerusalem and Ramallah expressed on Tuesday concern regarding Israel’s ongoing demolition of Palestinian structures in the occupied West Bank, including East Jerusalem, despite the COVID-19 outbreak.

They said in a statement that these demolitions, including EU and EU Member States-funded structures, have resulted in the displacement of Palestinians and negatively affected Palestinian communities. As of 31 August, a total number of 107 residential units and 46 other units (shops, storerooms, etc.) were demolished in 2020 in East Jerusalem alone.

The EU missions also noted with concern that the demolitions have continued since the outbreak of the COVID-19 pandemic in early March “notwithstanding the various obligations of the occupying power under international humanitarian law,” they said, calling on Israel to halt the demolitions.

“In line with the EU’s long-standing position on Israel’s settlement policy, illegal under international law, and actions taken in that context, such as forced transfers, evictions, demolitions and confiscations of homes, the EU once again urges the Israeli authorities to halt demolitions of Palestinian structures,” said the missions, welcoming the recent decisions of the Israeli High Court annulling demolition orders in Jenin and Hebron district.

The EU missions in Jerusalem and Ramallah concluded their statement by recalling the successive Foreign Affairs Council Conclusions and statements in which the EU has repeated its strong opposition to Israel's settlement policy and actions taken in this context.

“The continuation of this policy violates international law, undermines the viability of the two-state solution and the prospect for a lasting peace in the region, and seriously jeopardizes the possibility of Jerusalem serving as the future capital of both States,” they said.