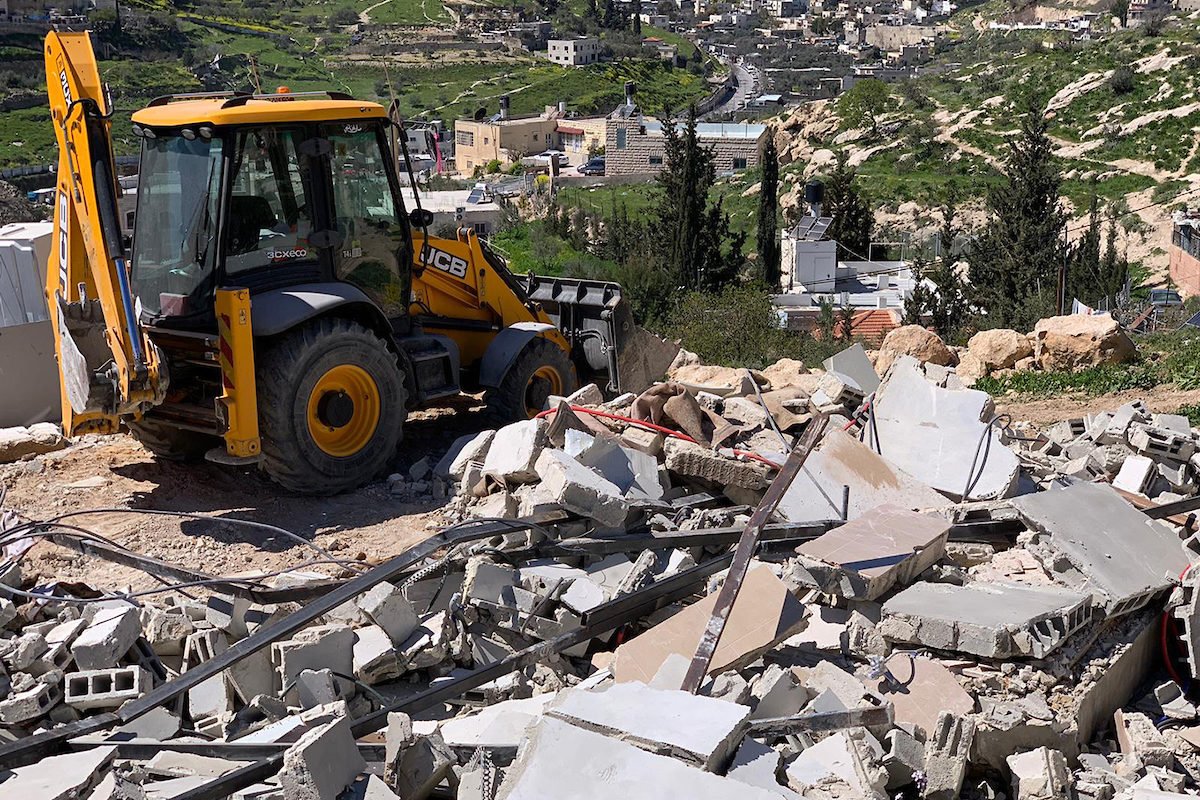 Abed Sarry, one of the shop owners, said the Israeli municipality ordered him and his family demolish their five shops, from which they earn their income, under the pretext of the lack of building permit, although the family has attempted to obtain a building license for a decade, with no success.

Sarry added that the family built the shops four years ago, after several attempts to obtain the license failed, noting that they were fined 60,000 shekels ($17,687 USD), which he said, they are currently paying to the municipality in installments.

He also mentioned that the municipality forced the family to demolish the shops itself, or the municipality crews would knock them down and threatened to charge them 70,000 shekels ($20,634 USD) in demolition costs.