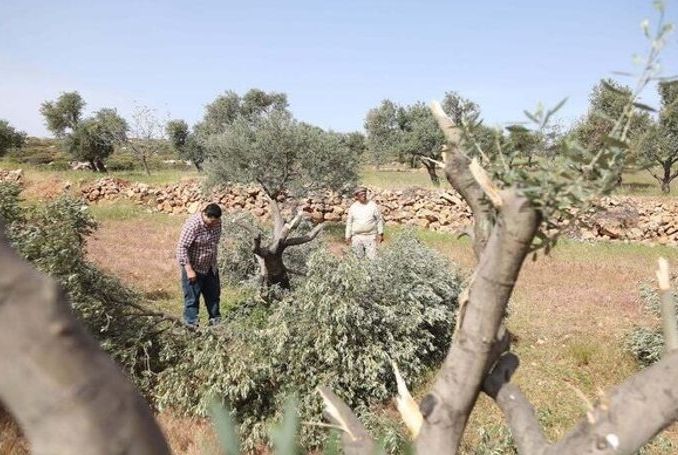 Settler violence against Palestinians and their property is routine in the West Bank. (Photo: File)

Nu‘man Nofal, a farmer from the village, told WAFA that Israeli occupation forces uprooted olive trees from his 50-dunum land located in Ras Abu Zeitoun area, northeast of the village, to make room for the construction of a settler-only road.

He added that he is denied access to his land, which the military has fenced off with barbed wire and installed a metal gate at its entrance unless he has an Israeli permit.

Nofal said that he was able to reclaim his land by planting it with trees the last year, before it was razed.

The destruction of Palestinian olive trees by Israeli soldiers and Jewish settlers has become routine in recent years.

Between 500,000 and 600,000 Israelis live in Jewish-only settlements across occupied East Jerusalem and the West Bank in violation of international law.