Palestinian Forced to Demolish Fourth Floor of His Home in Jerusalem 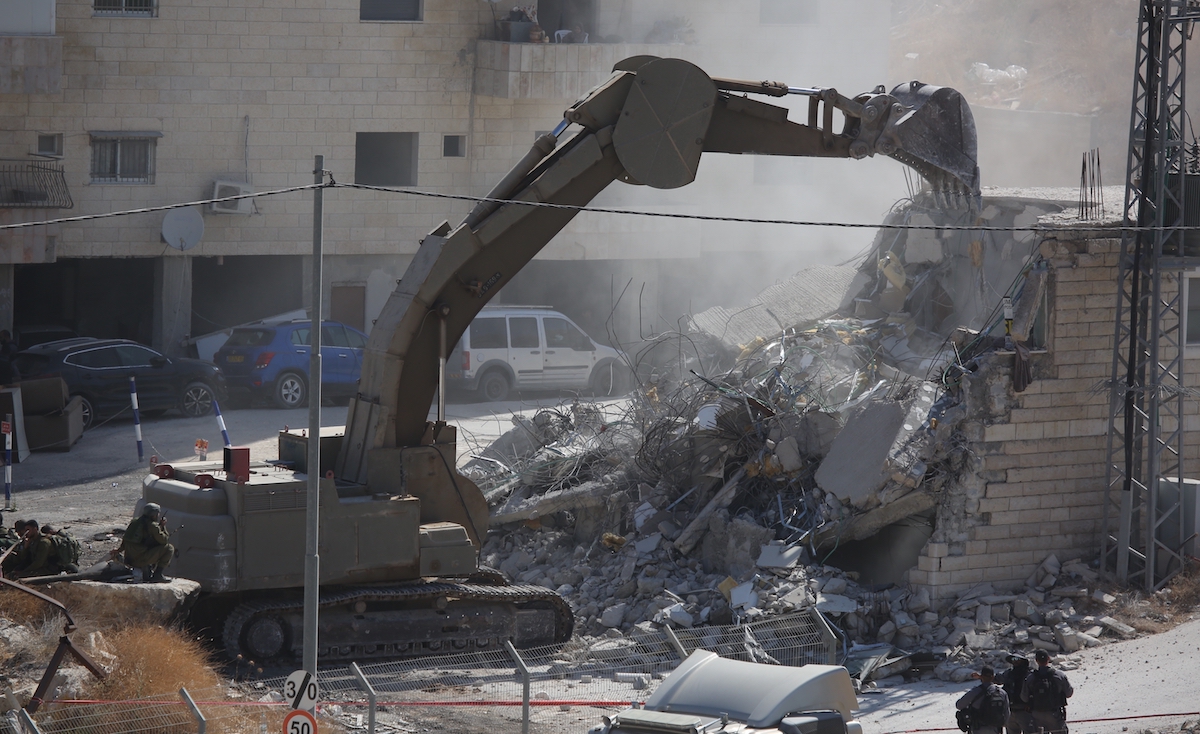 The Israeli authorities this week forced a Palestinian citizen of Jerusalem to demolish the fourth floor of his home, near the Al-Aqsa Mosque in occupied East Jerusalem, IMEMC news website reported.

The owner for the home, Hamed Hammad, said he was ordered to remove the fourth floor of his house himself or pay excessive demolition costs to the Israeli municipality.

Israeli forces routinely demolish Palestinian houses in Jerusalem under the pretext they are built without construction licenses as part of attempts to alter the demographic identity of the city and expand illegal Jewish settlements on occupied or seized Palestinian land.