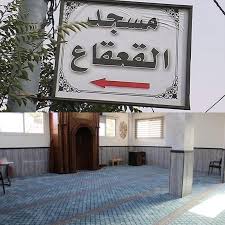 An Israeli occupation court on Monday ordered that Al-Qa’qa’ Mosque in Jerusalem’s Silwan neighbourhood be demolished because it was built without planning permission, Anadolu reported.

The court gave Palestinians 21 days to challenge the order or the Islamic site will be demolished.

Anadolu said the mosque is 110 square metres over two floors and was built in 2012. An order had previously been given for it to be demolished in 2015.

The Palestinian Ministry of Endowments and Religious Affairs in Gaza condemned the occupation state’s latest “aggression” against the mosque and called on the international community, the Arab League and the Organisation of the Islamic Conference (OIC) to protect Muslim holy sites and places of worship in Jerusalem.

Al Jazeera recently reported the Israeli advocacy group Ir Amim saying that the occupation authorities demolished homes in Palestinian areas of East Jerusalem at a significantly higher rate in 2019 than during the previous year.