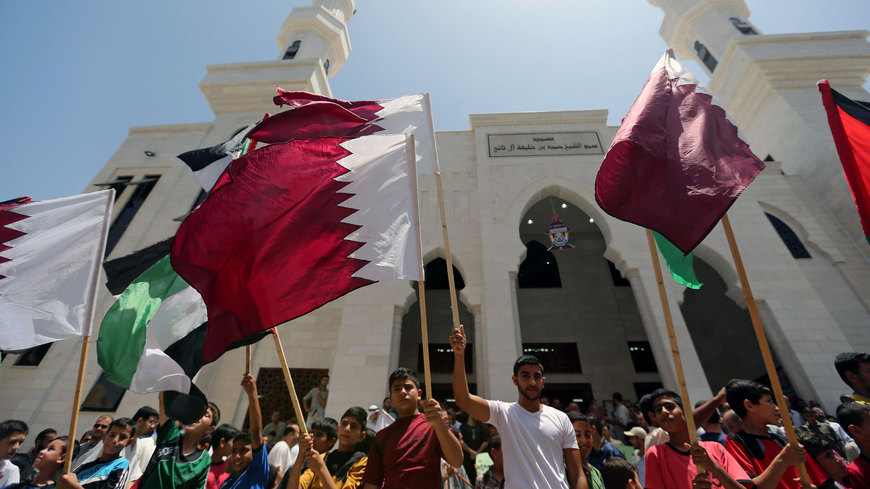 Palestinians take part in a rally in support of Qatar at a Qatari-funded construction project called Hamad City in the southern Gaza Strip, June 9, 2017. Photo by REUTERS/Ibraheem Abu Mustafa.

Qatar on Sunday said it stands by Palestinians and their inalienable rights, particularly their right to return to their motherland Palestine, according to the country's official news agency.

“The State of Qatar affirmed its firm position on the Palestinian issue, which stipulates ending the Israeli occupation and establishing the State of Palestine with Jerusalem as its capital within the framework of international legitimacy and relevant Security Council resolutions while granting all Palestinian refugees the right of return,” Qatar News Agency quoted a statement by the country's Foreign Affairs Ministry.

"It is regrettable to see some misleading media campaigns that try to mix up issues and distort the image of the State of Qatar at the expense of the brotherly Palestinian people, and their legitimate rights at this defining moment in the history of the conflict", it added.

Qatar, the report said, would spare no effort in providing all it can to alleviate the suffering of Palestinians until they get their legitimate rights.

The statement comes days after Israel formally signed agreements with representatives of Bahrain and the UAE during a White House ceremony presided over by US President Donald Trump.

Bahrain became the fourth Arab country to establish diplomatic relations with Israel after Egypt in 1979, Jordan in 1994, and the UAE in August.