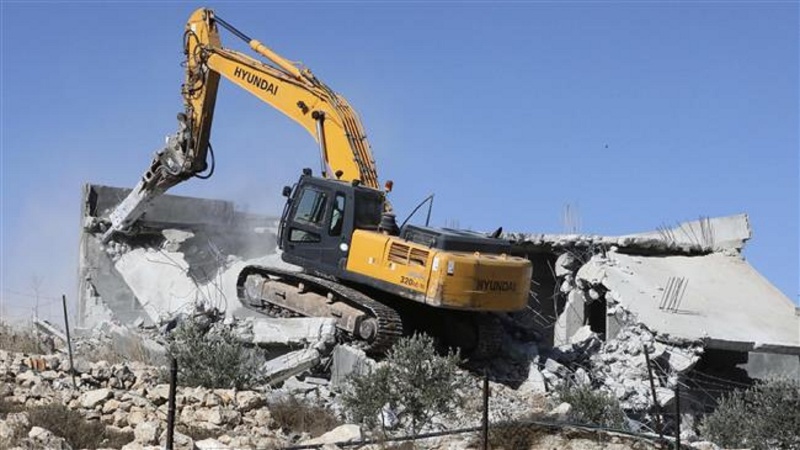 Israel demolishes Palestinian houses and structures almost on a daily basis as a means to achieve “demographic control” of the occupied territories. (File photo via social media)

Israeli bulldozers demolished this week a wedding hall located at the entrance of Jubara village, south of Tulkarem city, according to local sources.

Ihsan Awad, head of the Jubara Village Council, told WAFA news agency that to their shock, a large unit of Israeli forces, escorting three bulldozers, raided the area, and cordoned off the hall, before the heavy machineries tore it down, reducing it to rubble.

Awad said that the 900-meter-square building consisted of a small residential apartment, inhabited by a family, who were forced out before the demolition took place.

He added that the demolished building belongs to a Palestinian citizen of Israel (Palestinian territories occupied since 1948), who previously received demolition notices under the pretext of unlicensed building, to make room for the construction of a new colonial settlement to be used by Israel as an industrial zone.

Almost a month ago, Israeli forces clamped down on peaceful protestors marching against Israel’s move to level a large swath of their land for the construction of a settler-only bypass road between Jubara and Shufa villages, causing several protestors to suffocate from teargas inhalation.