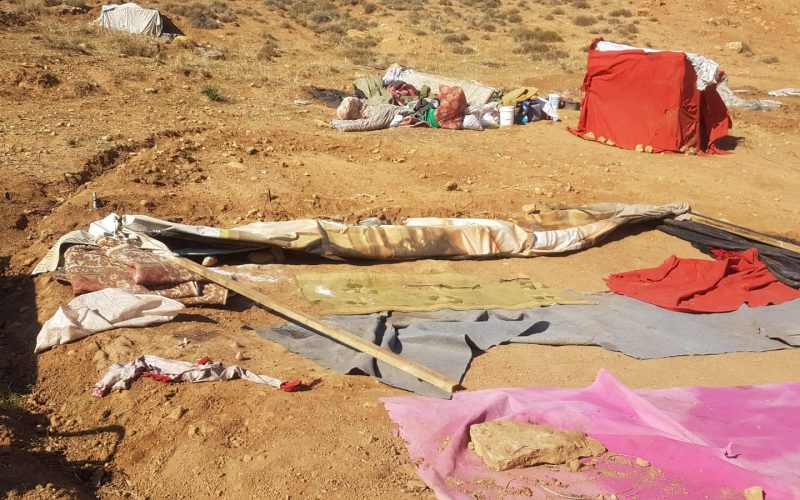 Palestinian news agency WAFA said that a large unit of Israeli forces, escorting military bulldozers, raided the village, where they cordoned off the area as the heavy machineries tore down two residential rooms belonging to Rami and Hafeth Masa‘id, displacing the residents.

The soldiers reportedly prevented journalists on the scene from covering the demolition, and seized a Palestine TV broadcasting van.

According to the same source, Israeli occupation authorities handed the Masa‘id brothers demolition orders a week ago. The demolition makes part of the ongoing large-scale demolitions of residential and agricultural structures in this village, which all aim to force the residents out and seize their land for colonial settlement construction.

Khirbet Yarza is a marginalized hamlet, and most of its lands are planted with Israeli landmines.

The residents of Yarza, located in the area designated as C, which is under full Israeli military rule, make a living off shepherding and live in natural caves, shacks, and tents. Over the years, the Civil Administration has repeatedly demolished the community’s structures.

The Israel military has also designated about 46 percent of the Jordan Valley as a closed military zone since the beginning of the occupation in June 1967, and has been utilizing the pretext of military drills to forcefully displace Palestinian families living there as part of a policy of ethnic cleansing.