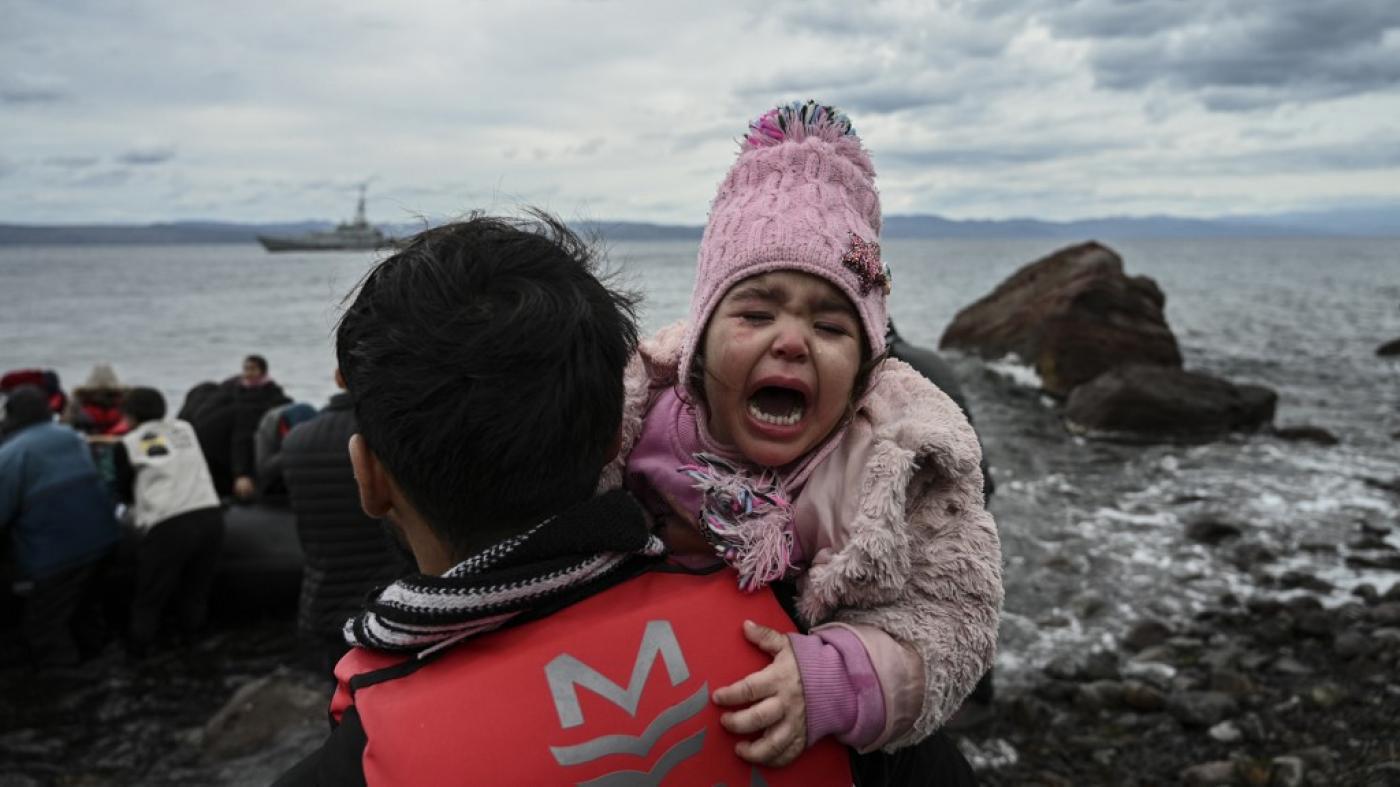 Refugees arrive on the Greek island of Lesvos on a boat with 58 people earlier this year. (Photo: AFP)

Displaced Palestinian refugees said they were heavily beaten with batons at the hands of Greek border guards, while trying to illegally enter Greece, seeking humanitarian asylum.

The refugees told the Action Group for Palestinians of Syria (AGPS) that they were rounded up by Greek coast guards and subjected to heavy beating. Injuries were reported.

Two young men sustained serious wounds after they were violently beaten on their heads and other vulnerable body parts, causing them to faint.

The refugees were pushed back to Turkey. Most of them fled the Neirab camp for Palestinian refugees, in the northern Syrian province of Aleppo, before they entered the Turkish territories.

Earlier this year, a report by the Border Violence Monitoring Network (BVMN), with help from its members Mobile Info Team (MIT) and Wave Thessaloniki, provided first-hand testimonies and photographic evidence showing violent collective expulsions of migrants and refugees from Greece.

The migrants were reportedly beaten, robbed and detained before being driven to the border area where military personnel used boats to return them to Turkey across the Evros River.