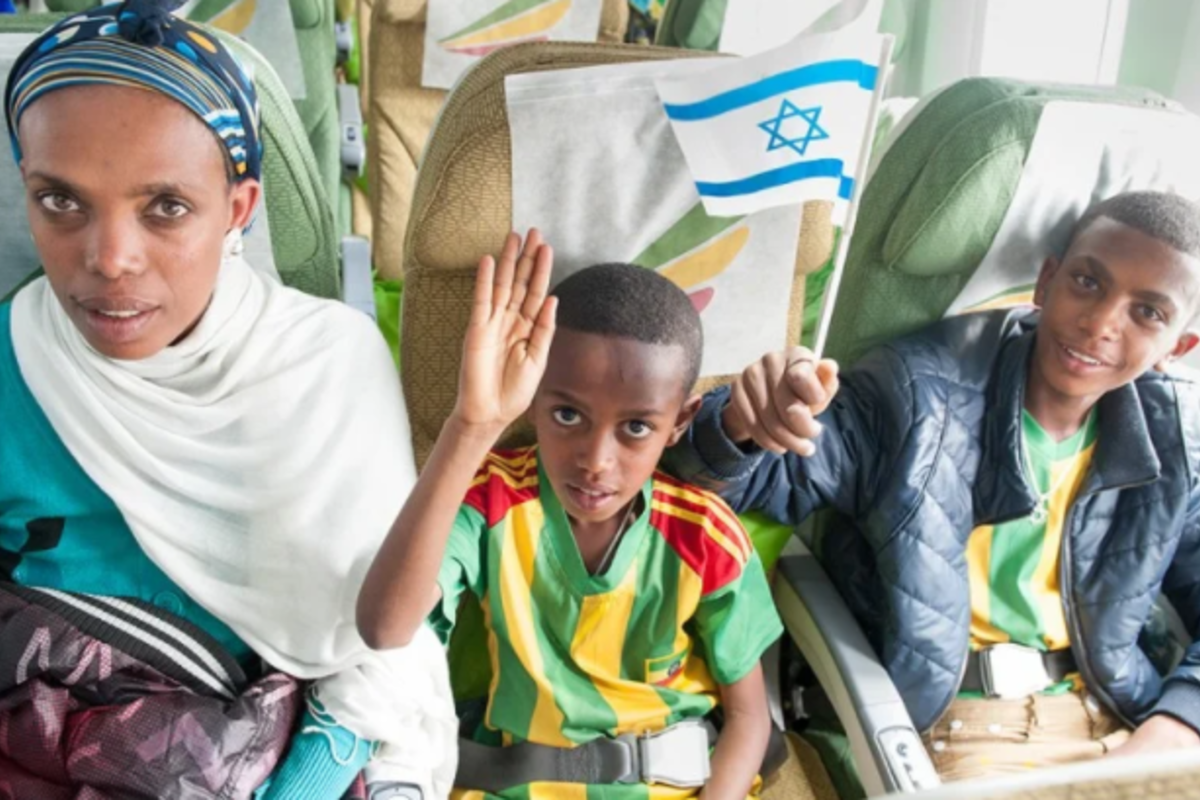 “I updated Prime Minister Abiy that I intend to immediately bring some 2,000 people from Addis Ababa and Gondar, as part of our commitment to continuing the Aliyah of Jews to Israel,” Netanyahu tweeted.

Netanyahu claimed Abiy replied that there was no impediment to the move and that it “symbolizes the special relationship between the peoples.”

Netanyahu said Abiy also congratulated him on the recent normalization deals signed between Israel and the UAE and Bahrain, and the two also discussed deepening Israel’s agricultural assistance to Ethiopia.

Netanyahu on Thursday said the cabinet will vote next week on the planned airlift.

“Half a year ago, I committed to bringing the rest of the Jews of Ethiopia [to Israel],” Netanyahu said in a statement from his office. Monday’s cabinet vote is a stepping stone “on the way to bringing the rest,” he added. “We have also funded NIS 80 million for the community’s activities. We stand by our commitments.”

The announcement came days after a prominent anti-Netanyahu protester was heard on a video making a racially charged remark to a police officer of Ethiopian descent.

Deputy Public Security Minister Gadi Yevarkan of Likud, who is Ethiopian-Israeli, thanked the prime minister for the plan, while taking aim at Amir Haskel, the leader of the Ein Matzav protest group.

“Despite the racist calls we’re hearing, here is the answer. The best response is the continued immigration of Ethiopian Jewry, and certainly not to patronize them and tell them to thank everyone who had some sort of… [marginal] role in their immigration,” Yevarkan said.

Haskel faced criticism after a video surfaced on Tuesday of him being arrested outside the Prime Minister’s Residence in August, telling a policewoman of Ethiopian origin, “I brought your parents here from Ethiopia, aren’t you ashamed of yourself?”

Israel’s policy on the immigration of Ethiopian Jews in recent years has been rife with abandoned pledges. In 2013, the Jewish Agency declared the end of Ethiopian aliyah. In November 2015, the government passed a decision to airlift “the last of the community” waiting in Addis Ababa and Gondar to Israel within five years.

Since that decision, however, 2,257 Ethiopians have been brought, in dribs and drabs, according to Jewish Agency figures.

On August 19, Tamano-Shata, of the Blue and White party, presented an NIS 1.3 billion ($382.6 million) outline to the Knesset Immigration Committee to bring 8,000 Ethiopians to Israel and to close the camps in Gondar and Addis Ababa for good.

About 140,000 Ethiopian Jews live in Israel today, a small minority in a country of nearly 9 million.